'We All Have To Struggle In Order To Create Meaningful Lives,' An Interview With Somali Author Diriye Osman 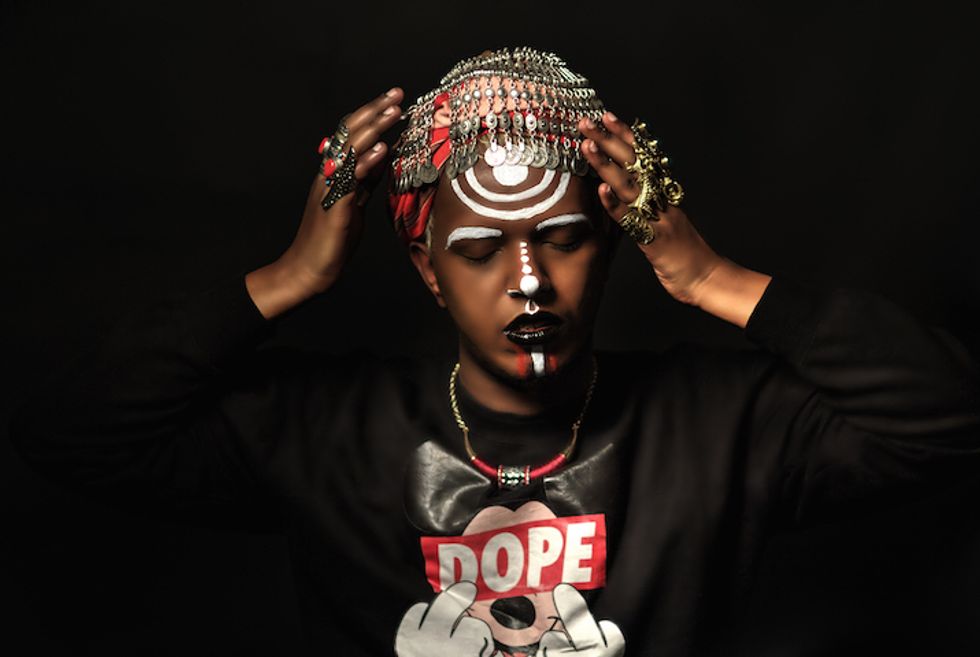 We speak with Somali author Diriye Osman about 'Fairytales for Lost Children' and his experiences as a young, gay African writer.

Diriye Osman was born in Somalia during civil war and later relocated to Nairobi. He has written imaginatively about his experience as a young, gay African with a particular focus on the minutiae. The first African to win a Polari First Book Prize (2014), Osman has a knack for creatively exploring an assortment of multifaceted themes through a number of literary fashions — and brilliantly at that. Osman's first book Fairytales For Lost Children, released in 2013, is a collection of short stories that explore identity, sexuality, immigration, diaspora, family, mental health and trauma, all of which successfully wander through the universality that is the Somali experience. We spoke with the author below.

Huda Hassan for Okayafrica:Fairytales For Lost Children starts off with “Watering The Imagination”; a short story narrated by the mother of a daughter who is beautiful and attracts the eye of all, but she seems to accept that her daughter's focus is elsewhere, specifically, another woman. Why was it important for you to start your book with a hopeful narrative between a Somali mother and her queer daughter?

Diriye Osman: I wrote this book from a position of love and “Watering The Imagination” is a reflection of that. It’s a story about the bond between a mother and her daughter, and how one is prepared to sacrifice her standing within her conservative community in order to endow the other with a sense of honour and self-esteem. It’s the kindest thing that we can do for our loved ones. To be able to say, “I respect and value you despite our differences” is such a powerful statement to make, especially within the cacophony of the more orthodox members of the wider African community. With “Watering The Imagination”, I wanted to show two strong Somali women sharing an unspoken bond that extends beyond filial/parental responsibilities.

OKA: What stages of your life or headspace were you situated in when you wrote “Watering The Imagination” in comparison to when you began envisioning this book?

DO: I was remarkably clear-sighted when I started writing Fairytales For Lost Children. I was in a loving relationship, my academic career was blossoming and my family was still a large part of my life. I was fizzing with energy. But shortly after I began writing the book, I came out to my parents and my relationship with them became significantly strained. This took a toll on my emotional and mental wellbeing but I kept writing and I kept loving well. When my relationship with my former partner ended, I still kept writing. The process bolstered me and kept me afloat. I remember being hit by a particularly painful bout of depression during the summer of 2010. I had just been diagnosed with bipolar disorder and everything I had worked so hard to build was collapsing around me. There was a moment whilst I was writing “Shoga” and “Ndambi” where I found myself at a complete loss. One sticky summer night I was lying on the kitchen floor smoking a cigarette, thinking that the jig was up. But as soon as I felt that way, I came back to the writing and I literally wrote my way out of those circumstances.

By the time I was putting together “Watering The Imagination” I had finally found some semblance of peace. There was no anxiety, no fear, and I was a totally different person to who I was when I started writing the book. That’s why “Watering The Imagination” is suffused with optimism. I had begun to love my life. I had created a support network. I was in a happy place during that period and I still am. Even though the book has done extremely well, my greatest achievement was to get to the point where joy and freedom intersect. That’s the greatest gift that’s come out of writing Fairytales For Lost Children.