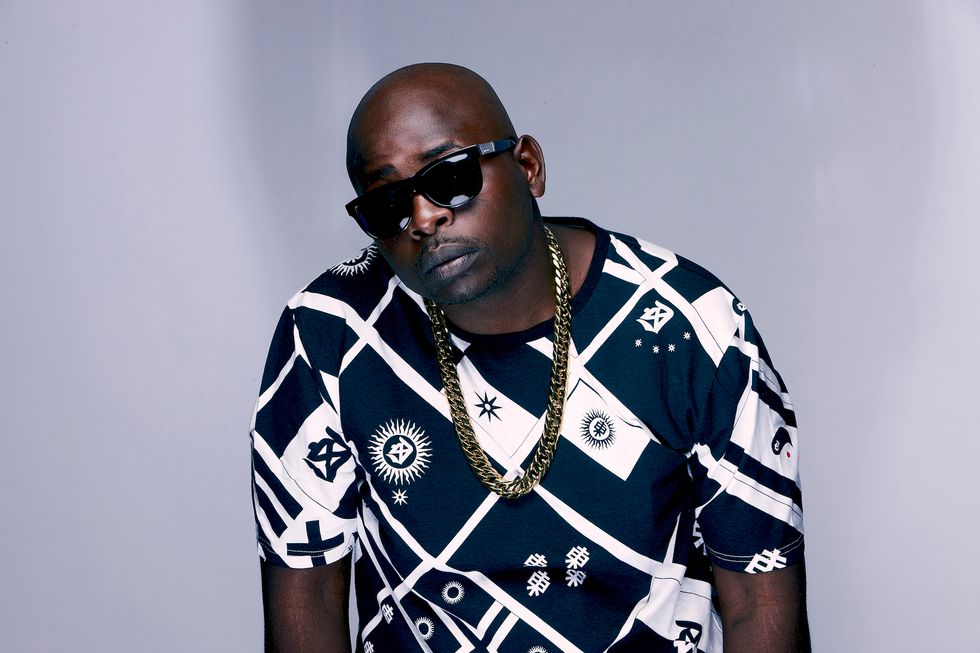 Maphorisa. Image courtesy of the artist.

There's more to Maphorisa than co-producing 'One Dance.'

It seems there's no popular genre of music the South African producer DJ Maphorisa can't produce. Many may know him as the co-producer of "One Dance" by Drake, Wizkid and Kyla, but there's more to the man than that song. He's currently one of the go-to producers in house and hip-hop in South Africa.

As part of the quartet Uhuru, a few years ago, he and his mates crafted mega hits for the likes of Professor and Mafikizolo.

As a solo producer, he has conjured bangers for a diverse range of artists such as A-Reece, Mlindo, Sjava, Shekhinah, Zingah, Kwesta, Cassper Nyovest, among lots of others.

He has also given us hits of his own—"Midnight Starring" and "Soweto Baby," among others. His 2017 album Gqom Wave, which was teeming with bangers, went gold, and he released another potent EP earlier this year titled BlaqBoyMusic, which had both gqom and hip-hop songs.

Below, we list some songs you may or may not know were produced by the man.

Catch Maphorisa live at our Mzansi Heat and Naija Beats concert in NYC alongside Yemi Alade & DJ Tunez on August 2. RSVP HERE for the free show and the AFTERS party here.

Wizkid "In My Bed"

"In My Bed" is the song that opened doors for Maphorisa. The producer told Geniusit was Wizkid who introduced him to the likes of Chris Brown, Jermaine Dupri, and Jidenna. "In My Bed" was attributed to Uhuru, the production quartet Maphorisa was part of (Uhuru has since disbanded). The song was quintessential Uhuru—skittering drums and synths that make the song both South African house and Afrobeats. "In My Bed" was a single from Wizkid's 2014 album Ayo.

One of the biggest South African hip-hop hits of our generation was a Maphorisa production. The producer slowed down Antena's house classic "Camino Del Sol (Joakim Remix)" to an old school kwaito tempo, making it a woozy beer anthem for the shebeens. Kwesta's baritone on the hook and his verses is memorable. But not half as memorable as Cassper Nyovest's verse—when the man performs the song, the crowd recites it word for word.

When gqom became the go-to-sound for South African house producers, Maphorisa didn't want to get left behind. He gave it his own touch, too. "Midnight Starring" was huge in 2017. The song boasted verses from three artists whose presence is unmatched—DJ Tira, Busiswa, Moonchild Sanelly.

On "Suited," Maphorisa proved once again that he is an anomaly. He gave the singer an R&B instrumental that has touches of pop and electro. "Suited" is Shekhinah's first solo single, and it was massive. You just can't go wrong with Maphorisa behind the boards.

One of the biggest crossover hits of 2017 that was ubiquitous in South Africa, was co-produced by Maphorisa, alongside Diplo and Jr. Blender. "Particula" is a dance music masterpiece that transcends genre, just like most of Maphorisa's productions.

After 'African Trap Music' artist Sjava's stellar debut album Isina Muva (2016) went gold, the artist released a deluxe version, which included three new songs. "Ngempela" was one of them, and it diversified Sjava's scope—the song has no elements of trap, but leans towards soul and dance.

"Jazabel" was impossible to escape in 2011. Maphorisa gave Professor a piece of music that led to one of the kwaito artist's biggest hit.

DJ Vetkuk vs Mahoota, with the help of Maphorisa, remade the bubblegum classic of the same name by Condry Ziqubu, into a memorable modern summer hit. Their version was house, boasting dark synths and loud percussion, making it easier for Dr Malinga's trademark gyrations.

When the South African Afropop duo Mafikizolo made their comeback, it was massive. They reached out to Uhuru for a sound the duo had never explored. The result was an explosive blend of South African Afropop and afrobeats, leading with dark muffled synths. "Khona" is iconic in that it set Mafikizolo apart from artists who were active in the 2000s, their comeback grabbed South Africans' attention which is something that doesn't happen often. Maphorisa also produced Mafikizolo's 20 album in its entirety.

Another mega hit that was hard to miss in 2013, "Y-tjukutja" was another Uhuru banger that blended South African house with afrobeats. "Y-tjukutja" is one of many productions by Maphorisa and his group mates that proved they weren't here to play.

Catch Maphorisa live in NYC at our Mzansi Heat and Naija Beats concert alongside Yemi Alade & DJ Tunez on August 2. RSVP HERE for the free show and the AFTERS party here.