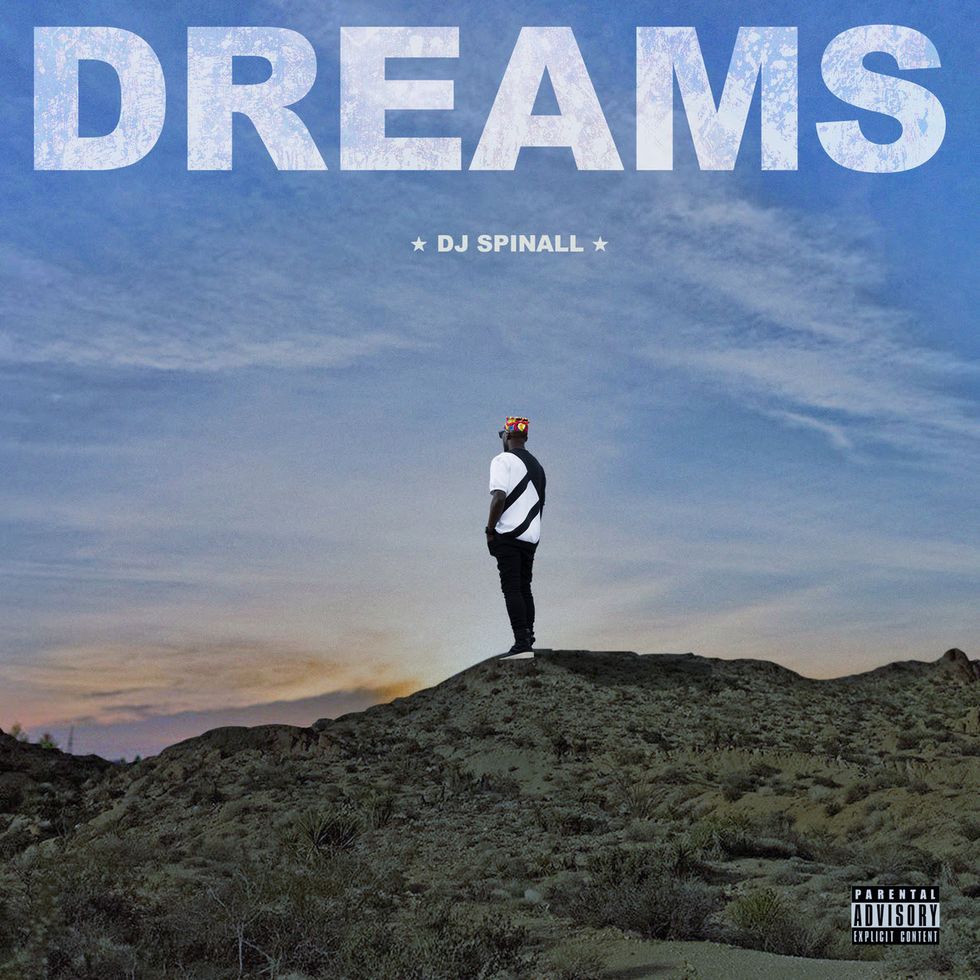 For his third album, Dreams, DJ Spinall assembles some of afrobeats' biggest names.

The first track features Niniola, who's made house music her mainstay, keeping her fashionably out of step with whatever is on-trend. "Thinking About Your Love" might be reminiscent of Kenny Thomas' 1991 song of the same title, but save for this phrase and accompanying melody, the song is very much Niniola's particular way of grafting Yoruba and Nigerian English onto South African house.

"Lifetime," Wurld's own afrosoul contribution to Dreams, is less of the confection his previous afrosoul single, "Show You Off," was. The few lines in pidgin qualify for the "afro" while his soulful and engaged singing is what wins the listener over, egged on by a hollow beat with jittery/ plinking electronics.

"On a Low," featuring Ycee, is a perfectly fine song that's only diminished when compared to "Juice," which it resembles in composition and sentiment. The latter is one of this year's biggest singles from Ycee's truly impressive First Wave mixtape released in January.

Much of the sun-dappled piano which defined "Juice" is missing in "On a Low," but the brag-swag of the former "too much juice, too much sauce" is not much different from that which is in this new track "everyday na holiday...balling hard to the AM."

By now it's very clear that part of Wizkid's genius is to present the same thing but done differently time and again. The writing and quality of singing on "Opoju" is the same as is in the bulk of his songs, yet remains recognisably different.

Simi's album Simisola, released back in September, is a real delight. Rather than hop from one sound trend to another, she appears to rely on variations of juju, which she shines on in "Don't Let Me Go."

Simi is telling a lover not to let her go so they dance all night, a request any man worth his weight in gold will not refuse especially when she tells him "I like as you dey move, you beautiful African boy"—at which point any two-stepping ought to switch to atilogwu or some other dance requiring vigour.

Mr Eazi's signature drawl—"Eazi-tone" as no one calls it—might be a mark of distinction but on occasion this low register is muffled by any pronounced instrumentation like the wash of horns on "Calm Down." Eazi sings in more Yoruba than he's known to on the track, also drawing heavily from the wellspring that is Fela Kuti's afrobeat.

With Harry Song you're always likely to get good songwriting and committed singing, which are both the case here in "Hanky Panky." The song's tight groove is softened by a patient piano, only to be urged on by a wash of horns when the chorus comes around.

"That is what sweet voice sounds like" said Wizkid after Wande Coal's guest appearance at his Royal Albert Hall concert last month. The complement was also a shot at Davido with whom he's been at loggerheads over supremacy in afropop.

As if to stoke further comparisons, both Coal and Davido feature on "Olowo" but not to Davido's detriment as one might expect.

The piercing quality in Wande Coal's voice is a good contrast for the husk in Davido's, who carries most of the singing duties while Coal only has to turn up with a verse—he does so soaring right from his first note.

The track is produced by the imaginatively named Da Beat who layers the heavy drum percussion common to Nigerian pop with the snare arrangement that is recognisably Ghanaian.

Whether as a songwriting knack or default, some of Reekado Banks' choruses are rapid repetitions of a song's "lead word" as is the case on "I Go Dance" with Masterkraft and on "Winner" with HOD, which we premiered as an OkayAfrica exclusive.

In his own entry for Dreams, Banks mangles the word "booty" into "buddy" making it easier to rhyme with "body"—the two essential words in a song that finds Banks dropping gooey bars like "dis your body na hit track."

If it really is Olamide harmonising in the final 40 seconds of the album's last song "Gimmie Luv," then he may be a better singer than most give him credit for.

The different shading in his voice does a lot to impress the song's wistfulness as he asks and begs for a partner's affections. Olamide's willing to exacerbate the ongoing Jollof Wars by insisting "you sweet like Nigerian jollof" over Pheelz' Pon Pon beat, which is obviously a big borrow from Ghana.

Most of the songs here might have been favours called in from friends rather than a result of excellent A&R-ing from a DJ to the stars.

The big credit to DJ Spinall is for the careful curation that has gone into deciding what songs make the final cut and for avoiding clutter. Dreams features only ten songs, and all but "Olowo" feature only one guest artist.

Titling the album Dreams suggests a vivid and even aspirational theme, when in fact there isn't one—very much what the word means, in that case.