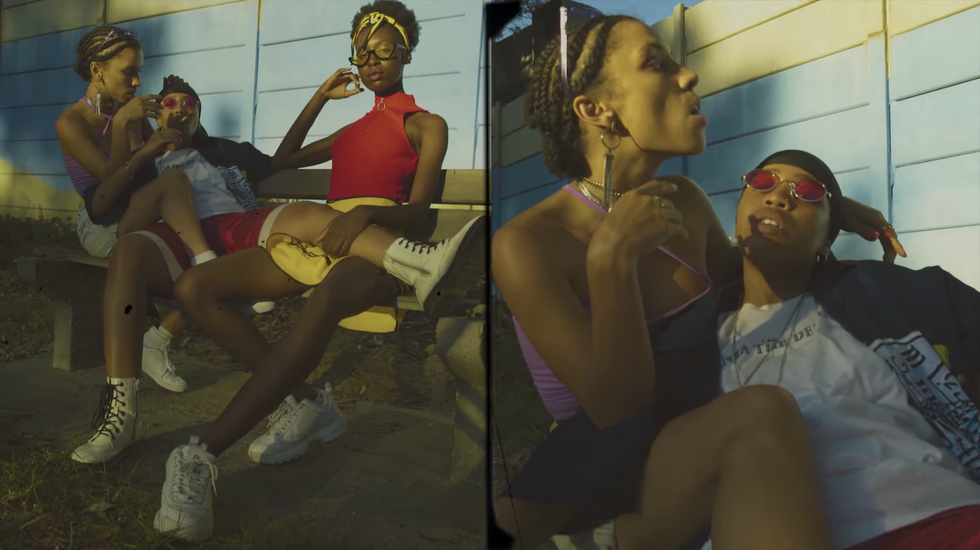 Dope Saint Jude's new music video takes you through a day in the life of the rapper and her friends. The video is teeming with character, as the crew gets up to the kinds of shenanigans friends engage in when they are together—from being naughty at a grocery store, causing a scene on the train, and hitting the club, where they end up beating up a man who tries to force himself into their space as they have fun.

"Liddy" is a song from Dope Saint Jude's latest EP, Resilient, which was released in 2018. The 5-song project saw the MC take a different direction sonically, opting to rap over big electronic beats that suit her style and message of owning your narrative and just being the best version of yourself.

"Liddy" is the second single from the EP. Last year, the MC released the explosive "Grrrl Like," which was accompanied by a video that showed her with a gang of women living their best life once again. Even though the videos have different concepts, the underlying narratives are related.

Watch the music video for "Liddy" below, and stream Resilient underneath.