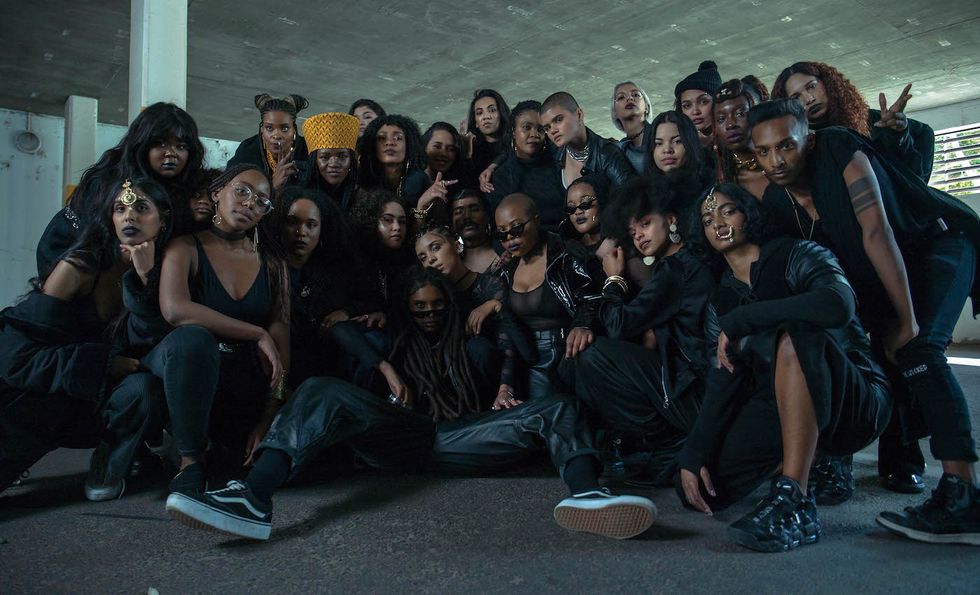 South African rapper Dope Saint Jude's latest music video will make you jump for joy. The music video for her latest song "Grrrl Like" showcases black women triumphing in their own terms. In the song, the MC rides a bass-heavy electronic instrumental with her customary verve and conviction.

The artist directed the music video, which is part of an upcoming project.

Read: Dope Saint Jude Has a Right To Flex

She had this to say about the video:

"The track makes a strong reference to the Riot Grrrl movement, which was an underground feminist punk movement that began in the early 1990s in the US. The Riot Grrrl movement resonates strongly with me, and with this project, I wanted to bring it into a context that is relevant to my reality. The video celebrates all of the things Riot Grrrl stood for, however it's a new age grrrl gang that is intersectional, black, queer and unapologetic. The people in the music video are all involved in really progressive projects in the city, so they are not just models, they are people who carry the spirit of my music. I believe we belong to the same community. When my EP releases in November, I will accompany it with a zine. Some of the artists who contributed to the zine are also featured in the video."

Watch the music video and stream the song below. You can also check out the behind the scenes clips underneath.

Read: Shekhinah Showcases Shades of 'Different' on Her Latest Video