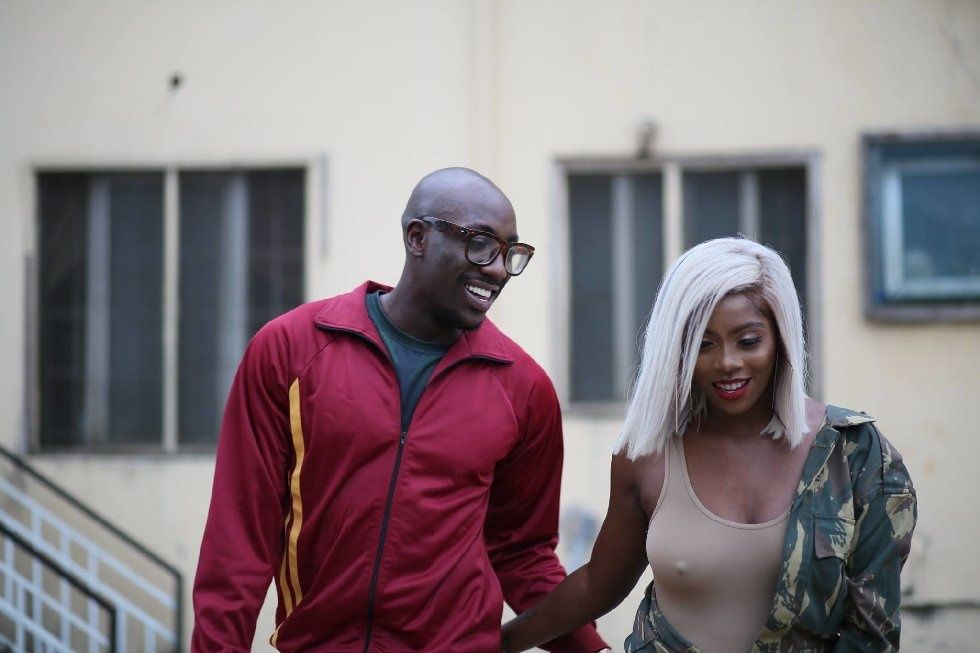 Here's the best tracks to come out of East African this month.

After an impressive year of music in 2017, artists from the East side of the continent kept up the momentum with a string of great releases in January.

From our biggest stars to some of our favorite rising acts in the region, here are the best songs of the month.

After ceremoniously leaving Rwanda's biggest music group, Urban Boyz, Safi Madiba is now proving himself as a solo artist with hits like "Got it" and more recently, "Kimye Kimye." His latest single "Fine" is quite easy on the ears. The smooth afro-pop track features Tanzanian sensation Rayvanny who is currently on a roll of success with songs like "Makulusa" and "Siri." Despite all the speculation regarding his solo career, Safi Madiba is letting all the doubters know that he's here to stay.

Kenya's most popular band Sauti Sol followed up the massive success of "Melanin" with the more laid-back, Maleek Berry-produced single "Girl Next Door." The song features Nigerian afro-pop queen Tiwa Savage and has a cool reggae style beat. Fans are already anticipating the band's next release from their forthcoming Afrikan Sauce album which will feature collaborations with artists from different parts of the continent. So far so good, Sauti Sol!

As you can see from our article on 14 Bongo Flava Classics You Need In Your LIfe, Mr. Blue has been around for a long time. We knew he could rap but his new banger "Mbwa Koko" is a testament to his lyrical mastery. The song has definitely gotten his long- time fans buzzing but with its contemporary beat and his legendary status it easily cuts through to a younger generation.

Kenyan rising star Otile Brown started the year on a good note with a sizzling single "Tamu Sana," which features Tanzanian rapper Shetta. The song's infectious beat and catchy lyrics will get you nodding your head regardless of whether you understand the words or not. A wonderful fusion of bongo flava and afro-pop, this song is set to be a regular in the club circuit for the next few months.

Fik Fameica is the popular Ugandan urban rap star who's been riding the wave of success from his hit single "Kutama" which was released in 2017. He kicked off the new year with "Mafia," a full-toned trap single that is quickly rising to the top of the Ugandan charts. The young rapper has previously been criticized for sounding too similar to many Western rap artists. Nevertheless, he's already gained a large fan base in the country who seem to really enjoy his Ugandan twist on trap music.

WCB Wasafi's catalogue includes artists like Harmonize, Rich Mavoko, Diamond Platnumz and Rayvanny who, in recent times, have dominated the East African music scene. Their new signee Lava Lava has already experienced his fair share of success but it seems he wants to take it up a notch in 2018. His song "Kiilio" is about a poor man who has lost his girlfriend to a richer man who can shower her with material things. In a time when many Tanzanian artists are choosing to make afro-pop, "Kiilio" is a classic bongo flava tune.

Camden-based Eritrean rapper Awate dropped the visuals for his song "Brutalism," a tasty appetizer for what's to come in his forthcoming album Happiness, which is due February 16. The song is a powerful piece of storytelling as the rapper paints a picture of his experiences growing up in London. The video is collaboration between award-winning filmmaker Penny Woolcock and designers Block9, filmed at the Utopia installation at The Roundhouse.

After the split of Tanzania's beloved Yamoto Band, Aslay won the hearts of fans as a solo artist with "Hauna" in 2017. He continues to win our favor in the new year with his brand new song "Subalkheri Mpenzi," featuring Tanzania's fastest rising female artist, Nandy. With the duo's beautiful Taarab-influenced vocals and the traditional bongo instrumentals, this is the perfect love song to get you warmed up for Valentines Day.