Ed Sheeran Continues to Try with the Stormzy Remix of 'Shape of You,' Twitter Responds 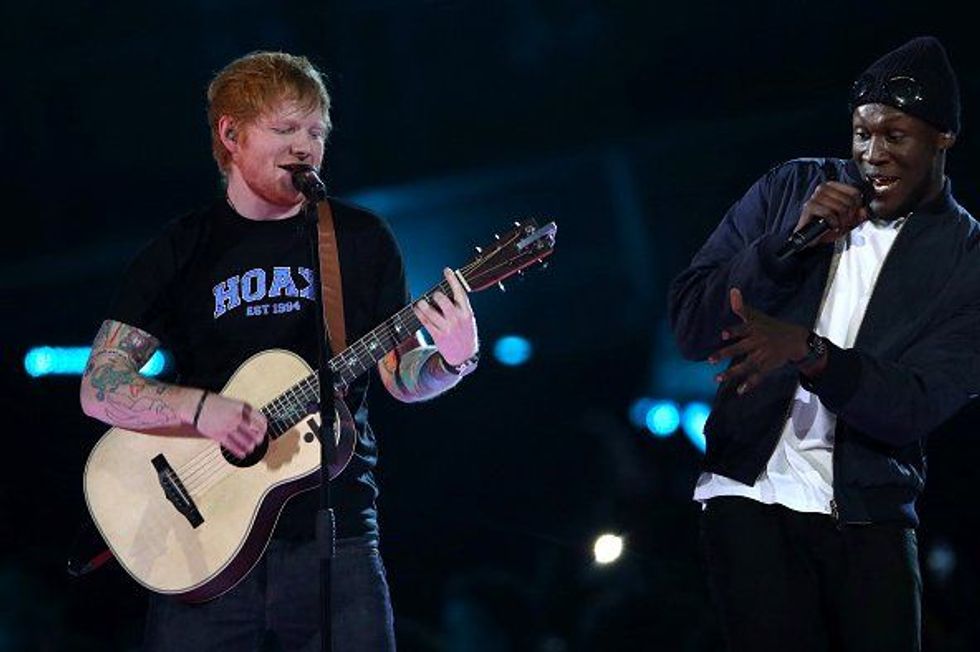 Ed Sheeran tried his hand at afrobeats with his single "Shape of You." Not everyone's feeling it.

I'm not ashamed to admit that I'm a fan of Ed Sheeran, I find his unkempt swagger to be quite charming and I think the man has soul.

I'm so unabashed in my affinity for Ed Sheeran that, although I can admit that he's slightly out of his musical lane with his latest song "Shape of You," I still think it's a jam.

His afro-dancehall-isnpired single has been met with mixed reviews, but that hasn't stopped him from pushing it a step further with a new remix of the song featuring Ghanaian grime artist Stormzy, just a few days after the two performed the song at the BRITs.

It doesn't do much in the way of actually "remixing" the song, it still pretty much sounds like an afrobeats song made by a white person, except with Stormzy's voice towards the end. But, as I mentioned earlier, I actually enjoy the tune, so I'm not complaining.

Some folks on Twitter, however, have different thoughts on the matter.

This blasted Ed Sheeran milky tea version of an Afrobeats song has been stuck in my head since Tuesday ???

Ed Sheeran has hopped on over to Afrobeats after draining Dancehall lol they cant stop #GRAMMYs ?

Get off Afrobeats dick @edsheeran

This Is How We Do playlist on #Spotify:

"Your R&B destination with a splash of hip hop, afrobeats and dance"

The song was originally intended for Rihanna, which may explain its afro-Carribean feel, but Sheeran decided to record it himself after she turned it down. Should he have just counted it as a loss and let the song go? Listen below and decide for yourself.