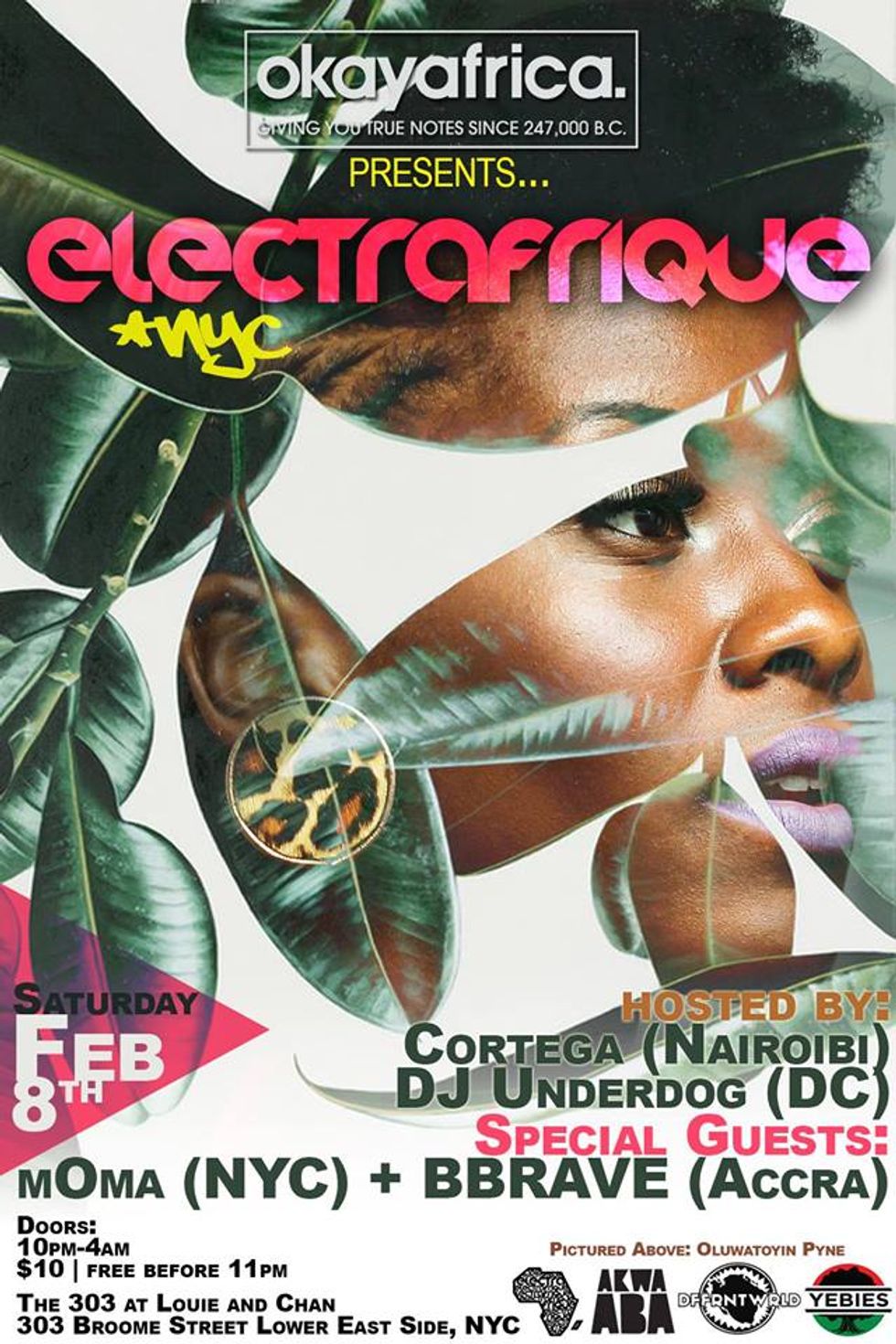 Last month Okayafrica and Electrafrique joined forces to introduce New York's new monthly dance party dedicated to African music lovers. Electrafrique NYC returns this Saturday, February 8th, with special guests mOma and BBRAVE, along with resident DJs Cortega and Underdog! The party is hosted in one of New York’s newest clubs: The303 at Louie And Chan, a little gem with an intimate feel, a wooden dancefloor and a state-of-the-art sound system, right in the heart of the Lower East Side. Scroll on for more details and get yourself warmed up with Cortega's Electrafrique Nairobi Mix!

DJ mOma is a force around New York. A Queens resident, mOma is the embodiment of the versatile deejay. His sets consist of an agile blend of funk, soul, R&B, disco, house, hip-hop, reggae, and underground dance grooves.

BBRAVE has been pushing dope music one release at a time through his Akwaaba Music label. That's actually how we first heard about the one and only Djeff Afrozila, with his "Elegom Bounsa" single. Based in Accra, BBRAVE is set to rock that blazing West African heat when he hits the decks.

DJ Cortega, the driving force behind Electrafrique, is currently based in Nairobi, where this event has seen massive growth, hosting the likes of Black Motion (South Africa), Boddhi Satva Official (CAR), Carlos Mena (US), or Renato Xtrova (Angola) for the first time in Kenya.

DJ Underdog, who has been been one of the main Apostles of the Afro-futuristic sound in Washington, DC, and of course resident behind the decks at #OKAYAFRICADC. His "Afrobeat For Your Soul" monthly acquired legendary status, mostly thanks to his electrifying sets.