Emtee’s Video for ‘Thank You’ Is All About Showing Gratitude 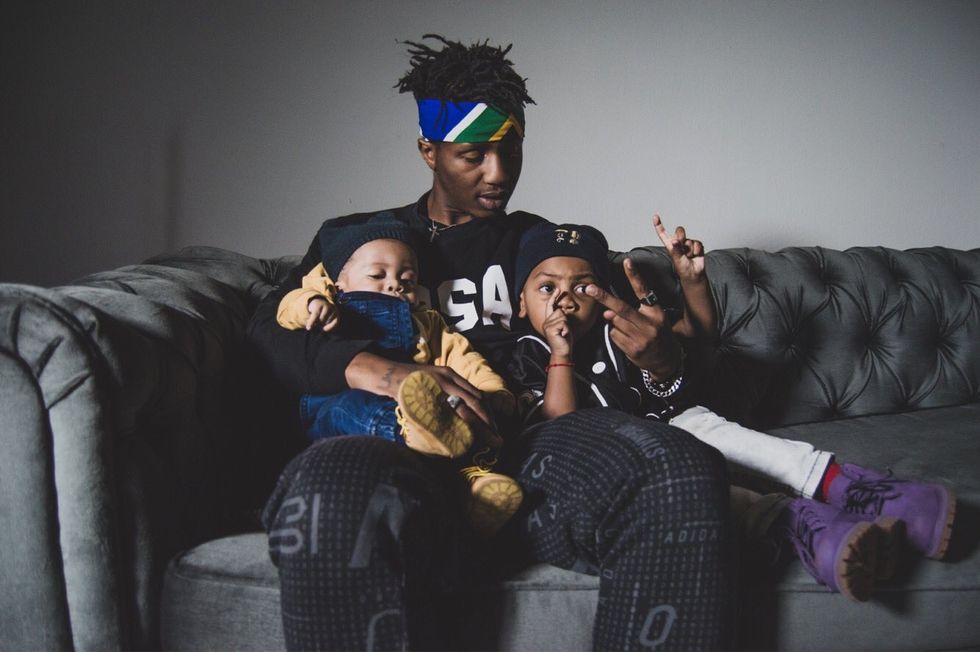 South African rapper and singer Emtee just released the video to the closing song of his sophomore album, Manando, which came out last year.

The video lives up to the song's lyrics, in which the artist is expressing gratitude to those who mean a lot to him—family, friends and fans. In the video, you can see Emtee and his goons roaming the streets, and him taking selfies with fans. He also celebrates his debut album Avery (2016) going gold.

His two sons also make a cameo on the video.

"Thank You" is highly likely the last music video from Manando, as Emtee is preparing to drop the sequel to his 2015 EP D.I.Y. (a gem of note).

Watch the emotive video for "Thank You" below, and don't be ashamed when your eyes start to water. Ours did, too.