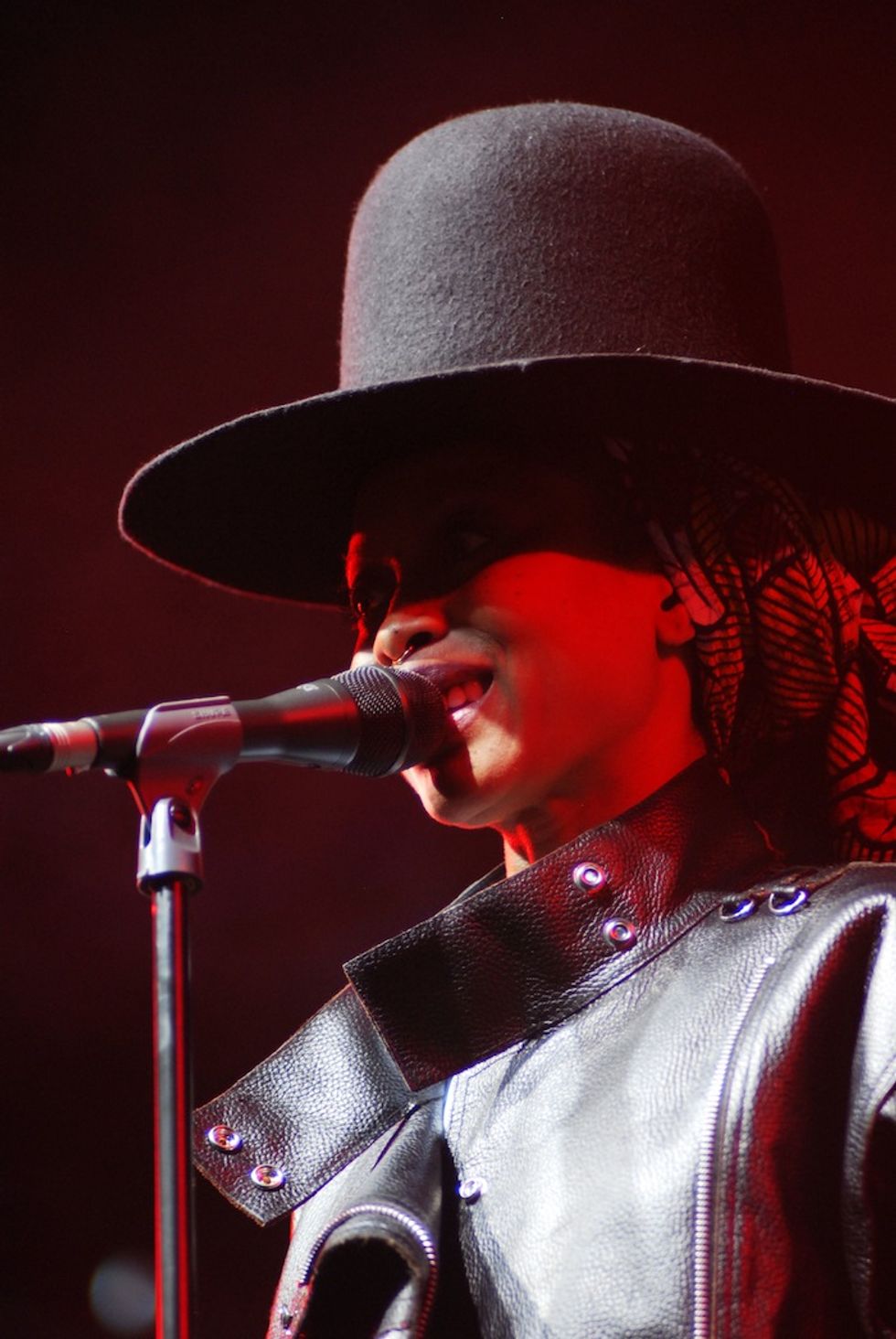 All photos by Kent Lingeveldt

Over the weekend Erykah Badu commanded the stage at the 15th edition of the Cape Town International Jazz Festival and photographer Kent Lingeveldt and OKA contributor Dudumalingani were both on hand to document the moment.

The stage lay dormant, assuming the atmosphere of a sacred place. Though one could not see it, there was a spirit moving about on stage. Sound engineers untangled themselves from their cables. Someone whispered into the microphone "One, two, one, two," and suddenly there were traces of life. The crowd had abandoned all other events and was already at the Kippies stage where Erykah Badu was to perform. The audience gathered in front, stretching farther back, spilling into other venues. Thirty minutes after the time she was supposed to perform, the engineers and her band members shuffled on stage. Someone in the crowd mumbled that they were leaving, but they never moved. Badu soon came on stage dressed in tracksuit pants and a leather top with feathers sticking out from it. The venue exploded with screams.

She began to sing as if she could not hear the crowd screaming and dying because of her presence. With no extravagant makeup or elaborate outfit changes it felt as if she was at home singing to her lifelong friends. She sang the greats from all five of her albums, performing all the songs that were expected: “The Healer/ Hip Hop,” “Tyrone,” “Next Lifetime,” “Danger” and “Honey,” all to the delight of the crowd. On multiple occasions she asked, “Do you feel me?” As if to check if she still had us eating out of her tender hands. While she sang, “Please do not cry” in the final part of “Next Lifetime,” she introduced her younger sister, Nayrok, a backup singer on stage. In a thrilling tribute she declared how much her sister means to her and that it’s her birthday. There were several tears, both onstage and in the audience. The inevitable came, she waved and promised to come back soon.