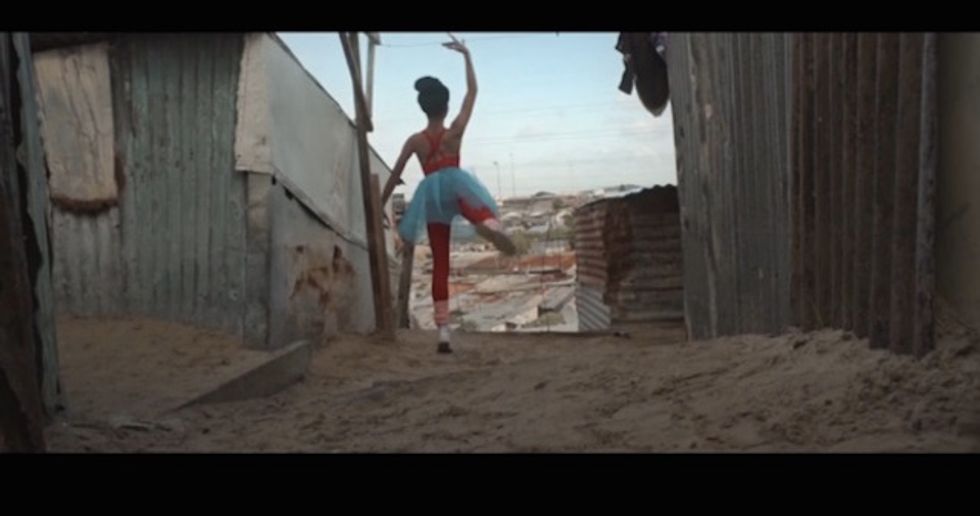 Fantasma, the South African project from Spoek Mathambo, bacardi house pioneer DJ Spoko, André Geldenhuys, Michael Buchanan and Bhekisenzo Cele, collaborate with filmmaker Tlhonepho Thobejane and Nowness in the visuals for "Cat And Mouse," the Mim Suleiman-featuring single off their Free Love LP. The music video follows a group of young ballet dancers as they finesse their way across Cape Town's Khayelitsha township.

“My mother is on the board of a dance company in Johannesburg that has been going since the height of the unrest in South Africa in the 1970s," Spoek Mathambo tells Nowness. "I've seen how modern dance and ballet has offered kids another reality. My wife is an artist and musician, and she was doing research into some kids from a really rough neighborhood that have picked up ballet... A lot of people worked on the video for free, so that 70% of the budget could be donated towards funding the kids to go on ballet exchange to Europe. It was hard to shoot, because a lot of people were really rude and aggressive towards the boys. The scene where the township guy challenges them to a dance battle – the reality was a lot rougher. They were incredibly brave to do it.”