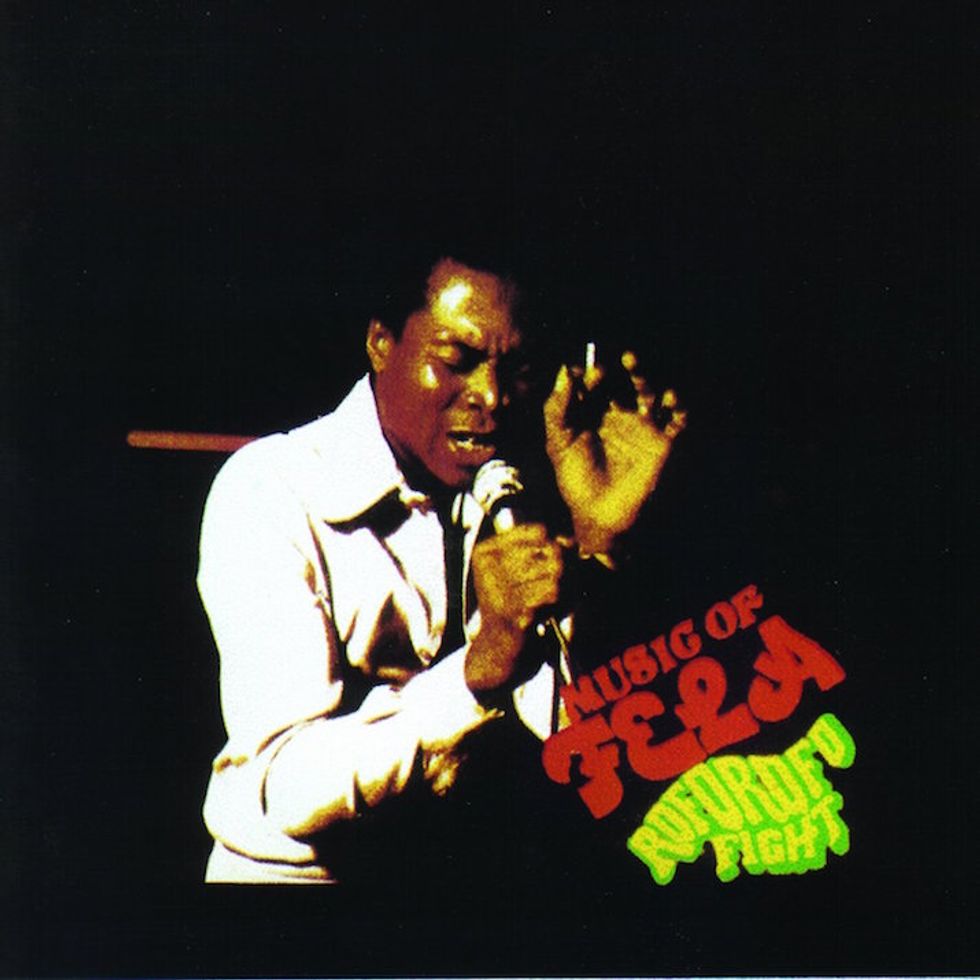 'Everything Scatter,' 'Beast Of No Nation,' 'Fear Not For Man,' 'Roforofo Fight,' and 'Alagbon Close' to be released in colored vinyl.

Six of Fela Kuti's classic albums —Everything Scatter (1975), Beast Of No Nation (1985), Fear Not For Man (1977), Roforofo Fight (1972), Alagbon Close (1974), and Na Poi (1972) —  are set to receive a limited edition pressing through a joint effort from Knitting Factory and PledgeMusic. The afrobeat legend's LPs will each be released in an individual vinyl color alongside a new batch of Fela material also includes test pressings, limited edition t-shirts, screen prints and posters designed by Lemi Ghariokwu, the graphic designer, illustrator and artist behind 26 of Fela's iconic album covers. This will be the first time since their original pressing in Nigeria that some these albums are available on vinyl. See a round up of the new goods in the video below and head over to PledgeMusic's Fela Kuti page where you can pre-order everything now. All six records will be released on October 16 via Knitting Factory Records.