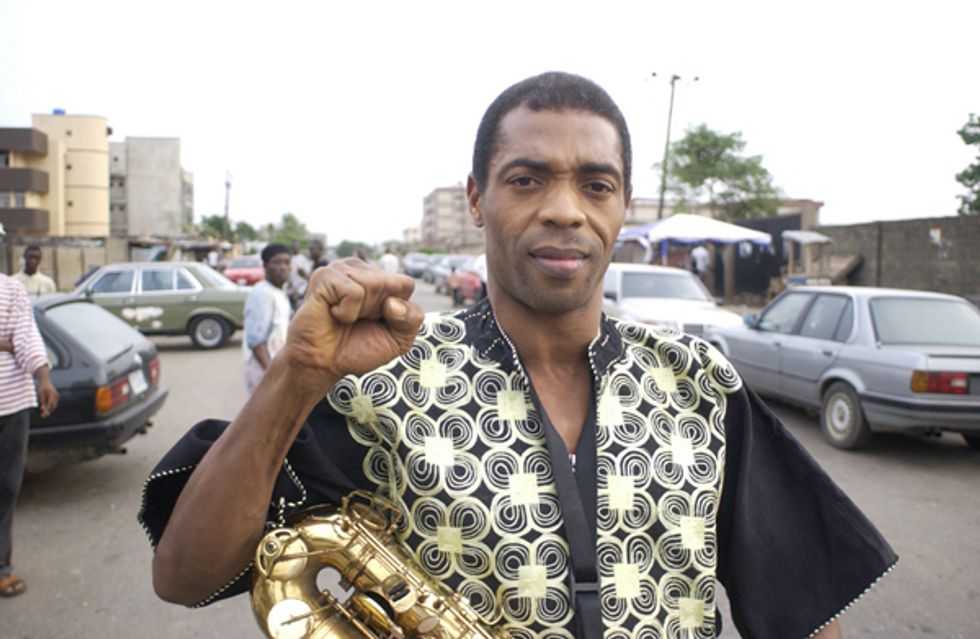 'The Right To Choose Your Own Sexuality is a Human Right' by Femi Kuti.

In the wake of the recently passed “anti-gay” law by our government and President Goodluck Jonathan, there has been much speculation online as to how Fela Kuti, my father, would react. So let us get this clear, and I will also express my own views on the matter.

My father would not support this law. He would know why the law was passed: as a way of distracting the population from the main problems we face today – poverty, lack of electricity and services, corruption, mismanagement, and so on and so forth.

That being said, Fela may have had some reservations about homosexuality itself. Who is to say? No one can speak for him. But Fela would not have had any reservations about upholding and protecting basic human rights. The right to choose your own sexuality and sexual behavior –as long as it is between consenting adults– is one such human right.

It's a difficult topic for a lot of people in Nigeria to understand as it's a very new issue that has never been quite public. Our culture and traditions and certain religious values make it more difficult for many to accept or understand, and it will take some time for those people to learn to respect the fundamental human rights of others to express themselves freely. People have said that being gay is “un-African” – I’m not an expert on our history, but I don’t know of anywhere the topic is mentioned in our history (I am not referring to Christian orthodoxy that was brought by non-African missionaries).

The gay community in Nigeria will have to be patient and realize acceptance of homosexuality is a gradual process which will take a very long time - especially in the north of Nigeria. But they must slowly put their case forward. They will need a lot of diplomatic support, and they will have to fight the law. They might definitely lose, but they will just have to keep on fighting for their fundamental right to live. There is no other choice.

We have to keep talking about the issue of gay rights, but it's the government’s responsibility to take the lead to defend people’s fundamental rights. Citizens must have the right to be who they want to be.