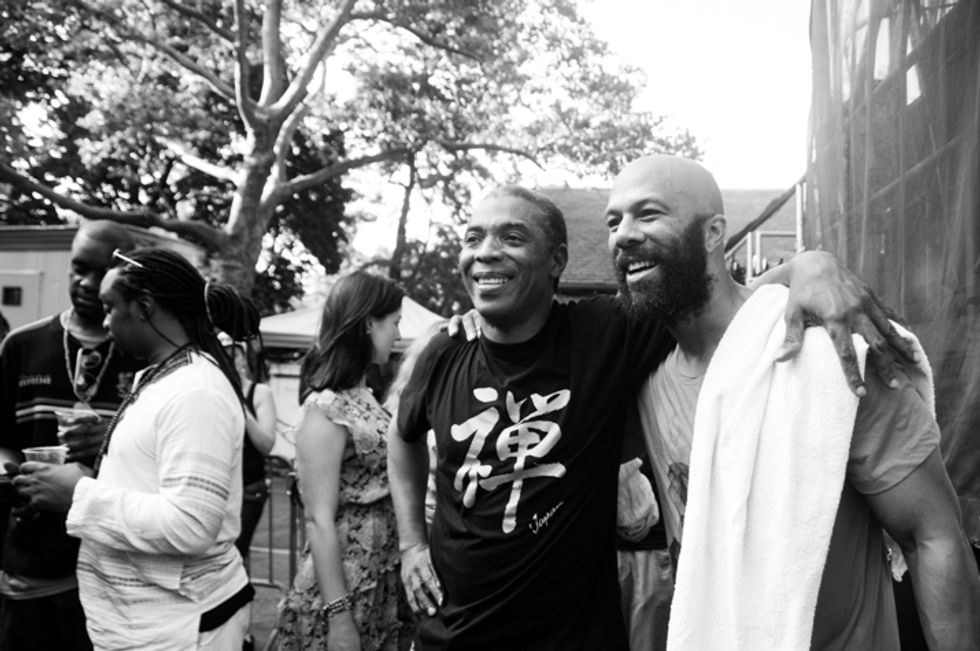 On a scorching hot Sunday afternoon, Okayafrica had the pleasure of presenting a knockout show at Central Park SummerStage with Femi Kuti & The Positive Foce, afro-indie darlings Sinkane and King Britt. Sinkane kicked the concert off with their intertwining guitar melodies as lead man Ahmed Gallab's soothing falsetto cooled the Central Park crowd. King Britt held it down on the 1's and 2's in between sets, showcasing his stellar mixing abilities and deep afro-futurist sound crates.

Femi Kuti & The Postive Force took the stage shortly after with his suave-to-death backing band dressed in matching patterns and a trio of queenlike backing dancers. Femi ran through classics as well as new joints from his upcoming No Place For My Dream album (out tomorrow!) and even took the time to preach sexology, cracking the celeb studded crowd up — we spotted actress Julia Stiles and FELA! alumn Sahr Ngaujah —  with mantras like: "Don't come too fast! Reverse back!" The highlight of the night, however, went down when surprise guest Common jumped onstage for a freestyle during Femi's cover of his father's "Water No Get Enemy." All in all, it was a great day for afrobeat. Check out some pictures above, all shot by Seher Sikandar.