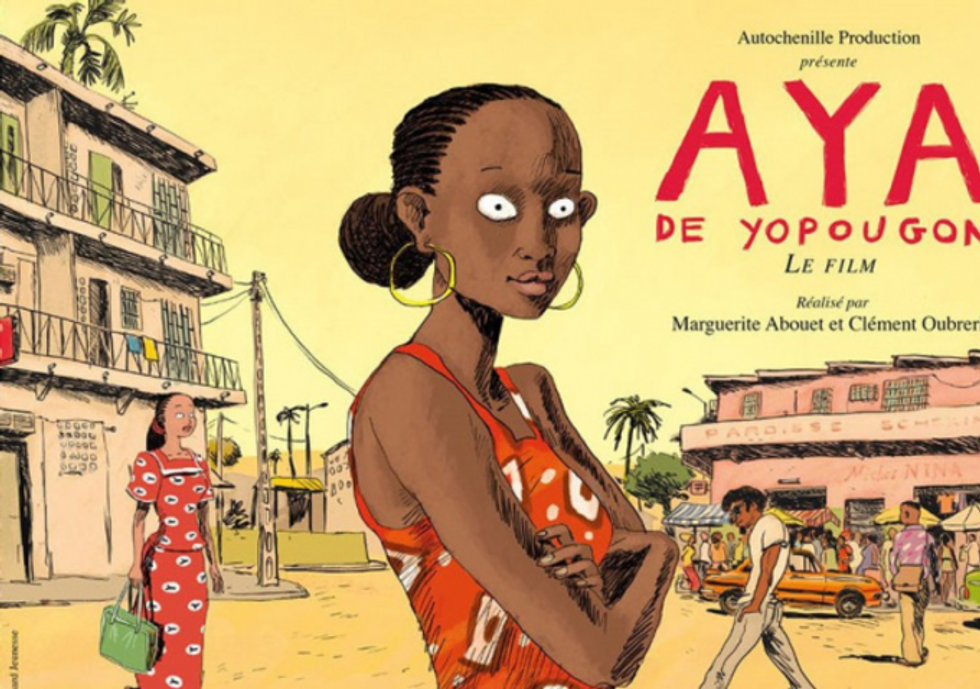 In the coming months, French cinemagoers and international film festival attendees will be treated to two feature films with African subjects.  Aya de Yopougon (Aya of Yop City), based in the eponymous graphic novel by the Ivoirienne Marguerite Abouet, with drawings by her husband Clément Oubrier, has just been confirmed for a May release, shortly after the début of Zarafa (trailer above), by the writer and director Rémi Bezançon, at the Berlin Film Festival next week.  In keeping with the country’s longstanding support of the bande-déssinée, France has proven a fertile ground for the production of animated treatments of African themes.  Both films have clear precedents:  Persepolis (Marjane Satrapi, 2007) in the case of AYA and Kirikou et les Bêtes Sauvages (Michel Ocelot and Bénédicte Galup, 2005) in that of Zarafa.  With the first, we have hybrids of the graphic novel and memoir that have made the transition to the screen, and with the second, filmic representations of myths drawn from the oral traditions of the African continent.  Particularly given the record-breaking sales achieved by AYA Worldwide, we may hope that these two films will bring the public closer to a more nuanced, colorful vision of Africa, as distinct from the pessimism rampant in the Western media.

via Shadow and Act.