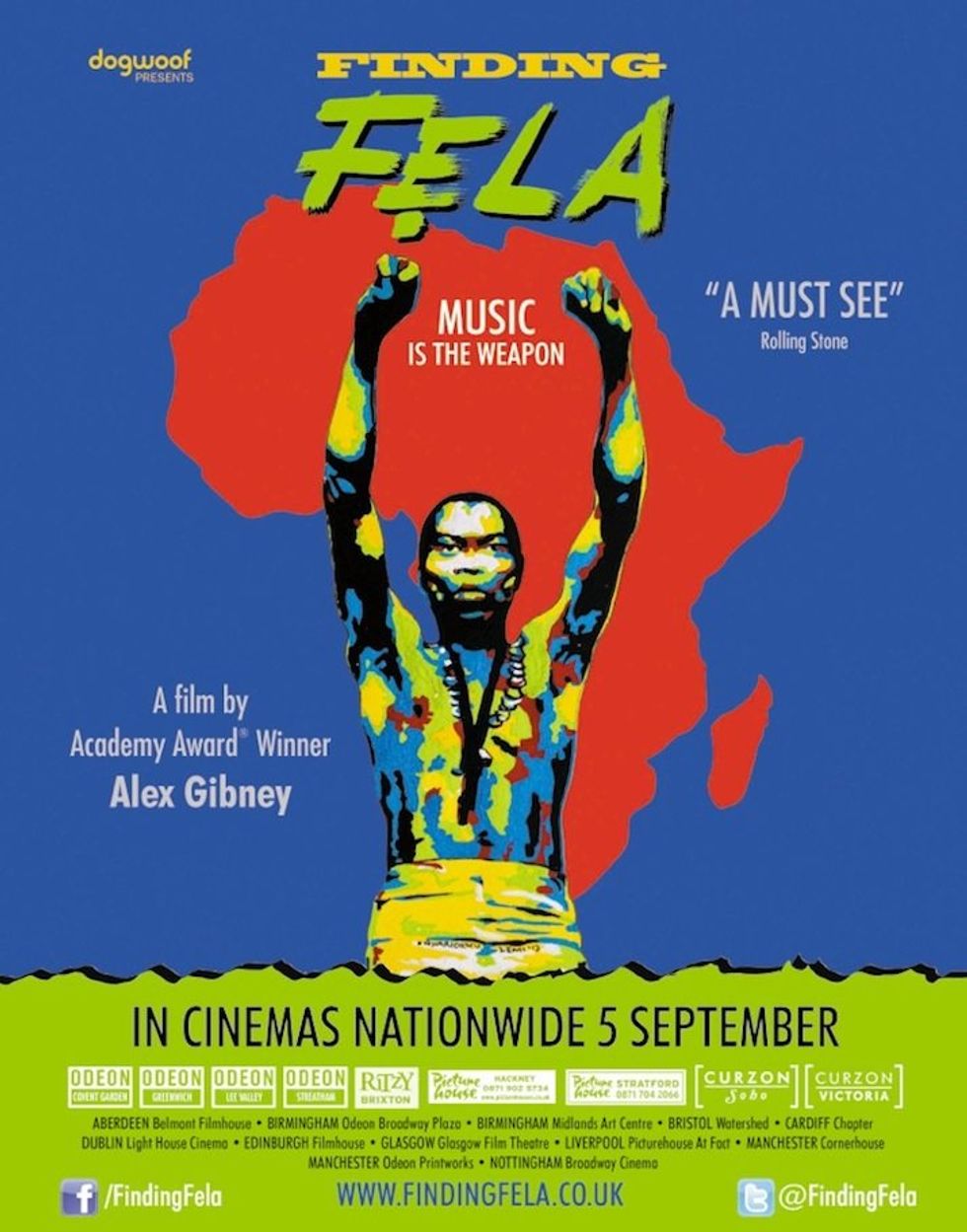 'Finding Fela,' the new Fela Kuti documentary from Alex Gibney, is now playing in cinemas across the UK.

Finding Fela, the new Fela Kuti documentary from Academy Award-winning filmmaker Alex Gibney, continues its theatrical run this month. After opening in over 30 cities across North America in August, the film officially made its way to the UK on Friday, with screenings now underway in cinemas across London, Aberdeen, Birmingham, Bristol, Liverpool, Manchester, and Nottingham (and openings set for even more cities beginning tomorrow). To celebrate the film's theatrical rollout, we set out to find Fela in our Okayafrica archives with a look back at our favorite Fela-related videos, galleries, remixes, interviews and much more. In the process we dug up interviews with Questlove and TV On The Radio's Tunde Adebimpe, the Best Fela Kuti Mashups, our favorite videos from Red Hot + FELA, and the iconic album art of Ghariokwu Lemi. More recently we got our hands on exclusive footage of Questo's extended interview in Finding Fela. Watch the full clip along with the film's trailer below.

>>>See A Full List Of Finding Fela's Openings In The UK