These Four Women Are The Most Kick-Ass Superheroes In NYC 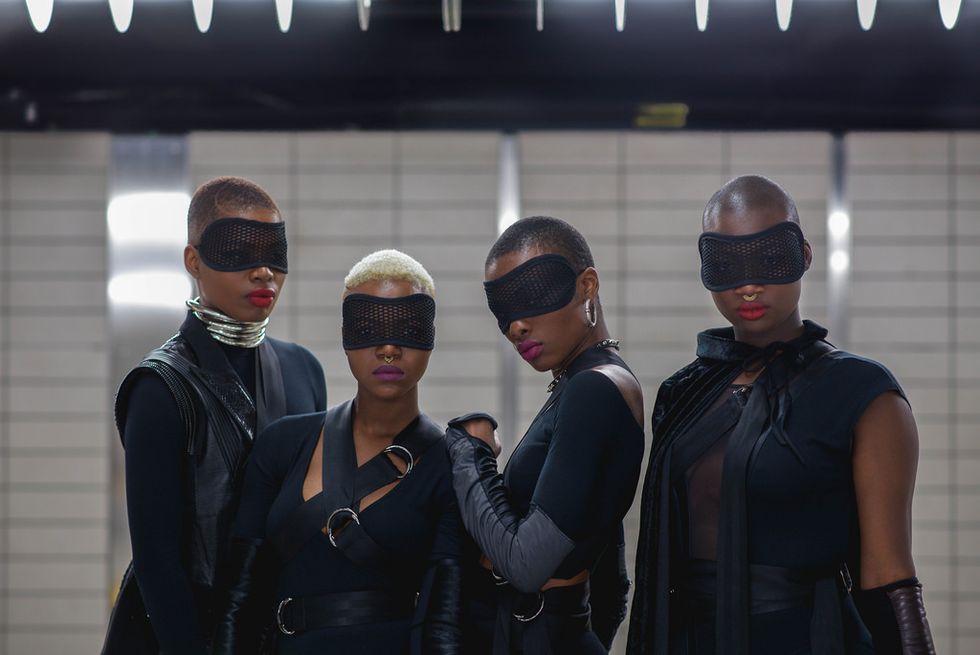 Paola Mathe and her superhero squad take to the streets of NYC in one of the most badass photo shoots of the year.

Paola Mathe is the New York-based, Haitian-rooted designer, entrepreneur and lifestyle blogger behind Fanm Djanm, an African-inspired headwrap brand dedicated to strong women around the globe. Recently, Mathe took to the New York streets with an all-girl team of crimefighters for one of the most kickass shoots we’ve seen all year.

She says the superhero idea came to her while she was taking a shower one night. It was then that she texted a group of friends, Mama Càx, Kristia Tolode and Nichole Washington. “I told them, I wanted to be a superhero, but I didn’t want to be alone and I needed their help,” Mathe writes. “I had a whole story, and the more I thought about it, the clearer it came. They all immediately agreed to join me in my superhero adventure, so I texted a photographer friend of mine to confirm our underground shoot.”

And so, Aaron Pegg–famous for his stylish photographs from New York’s undergrounds–joined the superhero squad in the depths of NYC’s subway system.

“I showed up at Hudson Yards subway station that night feeling more powerful than ever,” Mathe writes. “Clad in black with layers of leggings, body suits, fringe gloves, and harnesses, we were ready to take the night! I was in character.”

Mathe says the idea came about because she likes to show how strong women are in pretty much anything. “My company, Fanm Djanm focuses on the strength of all women through African inspired fashion and headwraps,” she writes. This time, she says she wanted the focus to be on the modern black woman in today’s world.

“These women are inspiring badass dream catchers. They make me feel better just being around them. And we all accidentally had similar hair cuts!”

For more on the superhero shoot, head to Mathe’s blog, Finding Paola.

Click the link in my bio for more photos! • We fight for the women who are told their tears don't matter. Where the police hurts more than serves, and eating establishments are built just to shorten the lives of the community. We fight for the strong who have been stripped of their powers. We fight for the invisible. • This is my super hero story with @caxmee @nicholawola @kristiatolode • Photography: @underground_nyc • Concept/Styling: @findingpaola #FindingPaola #BeingPaowerful #superheroes #MPCosplayContest #BadAssBaldies #squadgoals #mamacax #halloweekend #aahalloween #cosplay   A photo posted by www.findingpaola.com (@findingpaola) on Oct 29, 2015 at 10:06am PDT