This South African Western Is Challenging the Film Genre's Whiteness 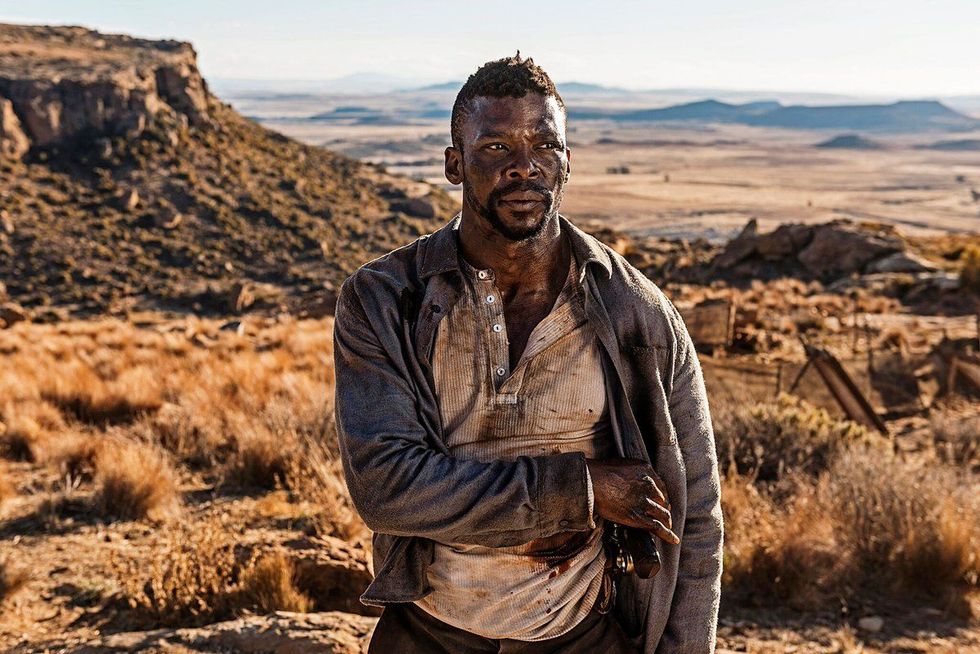 SOUTH AFRICA—The western might actually be the "whitest" of all film genres. Historically, there's been very little room for black actors and little to no regard for black audiences—no, Django Unchained does not count.

A new South African film seeks to challenge this reality,  Five Fingers For Marseilles is an upcoming film, offering a novel take on the classically white genre, from a uniquely South African perspective.

Filmed primarily in Sesotho, the film takes place in the Eastern Cape, where a young outlaw, played by Vuyo Dabula, returns home seeking redemption after being forced into exile.

It tells the story of how, 20 years ago, the young ‘Five Fingers’ fought for the rural town of Marseilles, against brutal police oppression. Now, after fleeing in disgrace, Tau returns, seeking peace. Finding the town under new threat, he must reluctantly fight to free it. Will the Five Fingers stand again?

The film introduces a slew of up-and-coming South African actors, and even features local talent from the Eastern Cape in supporting roles.

“It’s the most complex, daring and ambitious undertaking that the local film industry has seen in a very long time," said producer Asger Hussain.

The production won the award for "Best South African Film in Development"  at the 2013 Durban FilmMart’s finance forum. Four years later, and the anticipations still remains—like we said before, it's not everyday we get to see a western starring a charismatic, predominantly black cast.

Watch the visually striking trailer for Five Fingers For Marseilles below. The film will debut at TIFF, beginning September 7.