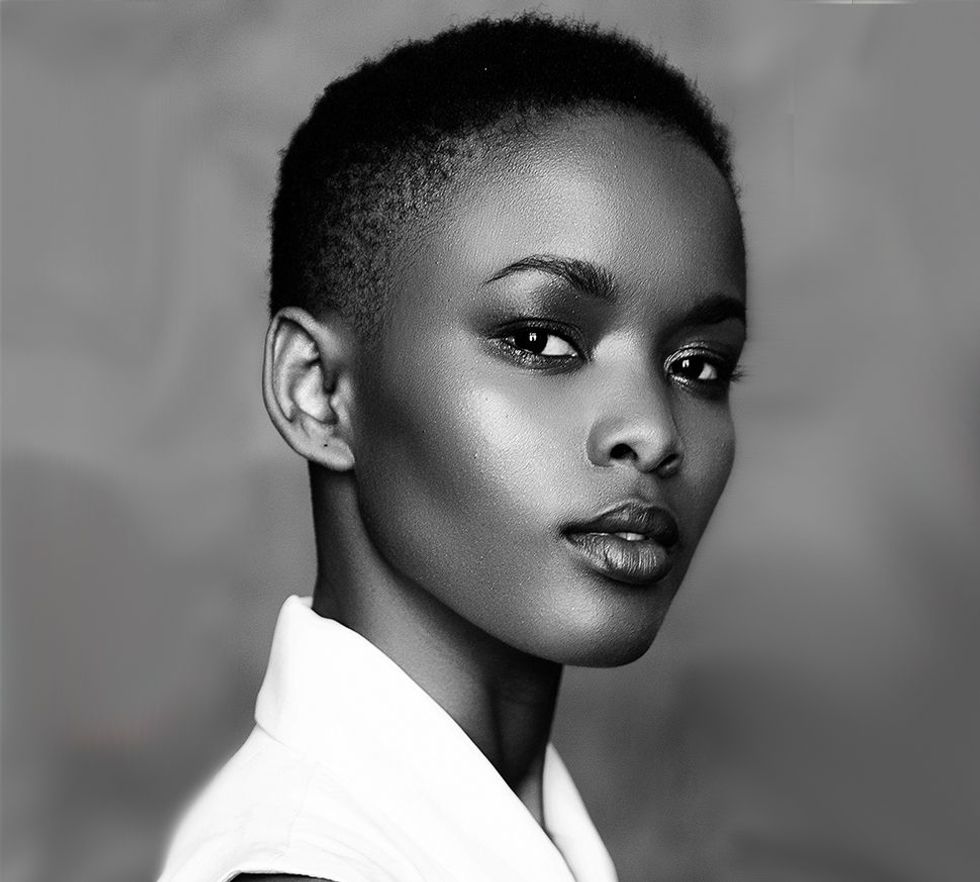 Flaviana Matata is a model, beauty pageant winner, humanitarian and entrepreneur. In 2007, she became the first Tanzanian to represent her country on the world stage, with a shaved head, at the Miss Universe competition. Matata placed sixth overall and went on to model for Tory Burch, Vivienne Westwood, Alexander McQueen. While she can still be seen in fashion campaigns and editorial shoots all over the world, the Tanzanian is building a reputation for herself as businesswoman and philanthropist in East Africa.

Matata is Founder and CEO of the non-profit organization, The Flaviana Matata Foundation (FMF), which empowers young, orphaned girls in Tanzania through education, training, and micro-finance projects to improve their livelihoods. To date, FMF has provided school supplies to over 3,000 girls. In 2016, Matata launched her own nail polish line called Lavy Products. The first shipment sold out in two weeks showing that this top model is business savvy, and poised for a successful future as an entrepreneur.