More Than 100,000 People Have Been Displaced By Floods in Central Nigeria 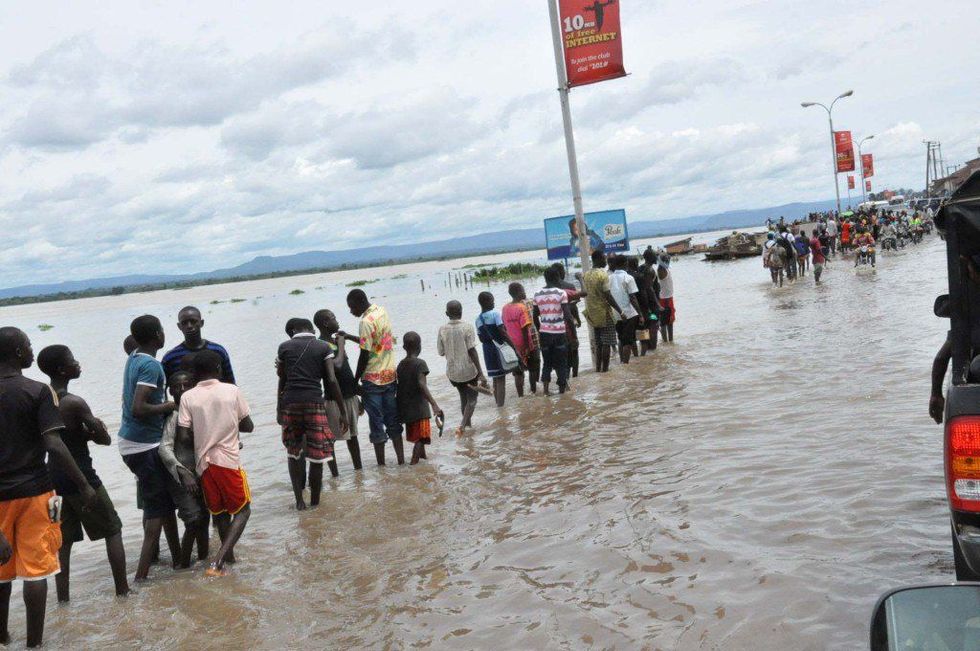 MAKURDI, NIGERIA—More than 100,000 residents in Benue State have been forced to leave their homes as a result of major flooding in the central Nigerian region.

"I have received with great concern reports of the flooding in Benue state, displacing, from early estimates, more than 100,000 people," wrote President Muhammadu Buhari on Twitter on Thursday.

"I have directed NEMA Nigeria to immediately mobilize personnel and resources to the aid of the affected communities and persons," he wrote in another tweet. The president also promised to monitor and share "updates on the rollout of the Federal Government's humanitarian response to the Benue flooding disaster."

I will be monitoring and getting updates on the rollout of the Federal Government's humanitarian response to the Benue flooding disaster.

Buhari and his administration have faced criticism from those who believe there's been a lack of urgency in response to the flooding.

On Friday, government spokesperson, Garba Shehu released another statement further mapping out the government's plans for action. “The president extends his sympathies to the government and people of Benue State, and assures that the federal government will make available any assistance needed to enable the state government and the affected communities cope with and surmount the impact of the flooding,” said Shehu.

Earlier this week, floods in Niger left hundreds in the county's capital without shelter. Inclement weather has also affected people in Sierra Leone, India, Houston, Bangladesh and Nepal within the past month.

Millions of Nigerians were displaced back in 2012, when flooding occurred across 30 states.

This not in Texas, it is in Makurdi, Benue State in Nigeria this week. pic.twitter.com/8ZMpFoC9Cg

This is Makurdi, Benue State in Nigeria.

Response from the government has been dire at best pic.twitter.com/tz96RWIWUD

This is Makurdi, the Benue State capital. We need help! pic.twitter.com/g092klk1Gq