The Indie Artist You Need to Listen to This Month: Francine Thirteen 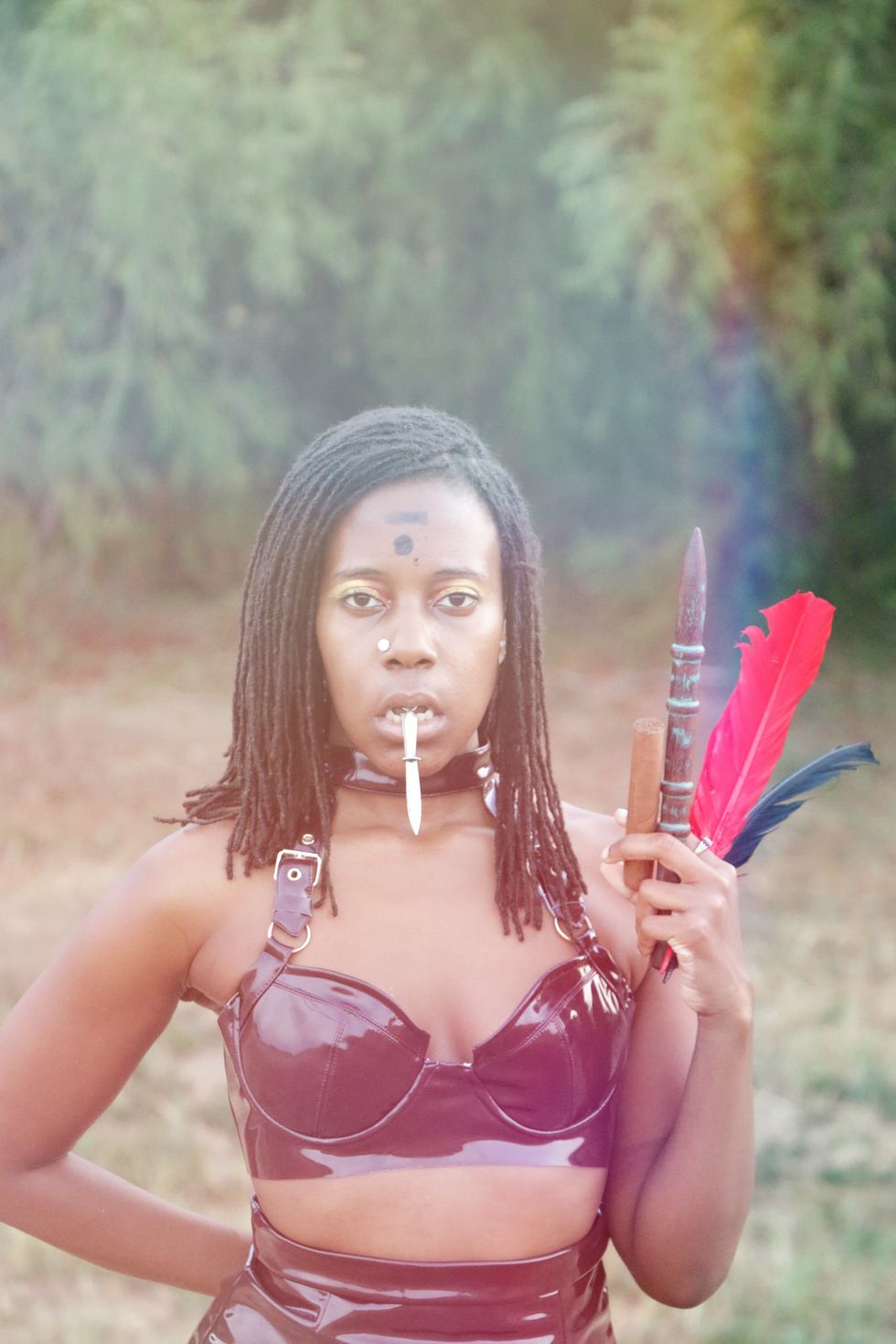 We talk to the American artist about her latest release, "The Kingmaker."

This series features the most exciting independent and alternative artists from Africa and its diaspora. Black artists are complex and multidisciplinary. Every month, we'll introduce the hottest, boldest musicians out there that you need to listen to.

"They may not understand how you drown and resurrect with flames in either hand. They may not know that you are evidence of things not seen. They won't know that an inch of victory for you in public meant miles and miles behind closed doors," Francine Thirteen writes to a fan.

As a self proclaimed witch, she makes what she calls 'Ritual Pop' music, a fusion of very experimental forms of R&B, pop and ambient music with archetypes and mysticism. Her music is ever evolving and her performances feel like rituals with strong ceremonial components.

Francine Thirteen now releasing her latest single, "The Kingmaker." We caught up with her below.

When did you start making music and why?

As a little girl, I was forced to sing in church. Luckily, I fell in love with performance and what certain tones did to people. I suppose I always knew that I was an artist. I sang in several bands and being in a really weird, dark, industrial band was the turning point for me. I started to fully understand my calling as a performer. It was one of many spiritual awakenings in which I understood the energy I was called to bring to music and performance.

Is Francine Thirteen a concept, like Janelle Monáe's Cindy Maywheather, or very much who you are? How did you pick the name?

Both. The name chose me. My great-grandmother was born on December 13th. She was a midwife and a divine woman. Her legacy has been an enormous influence throughout my life. The name is in honor of her. It is also an ode to all that is sacred and feminine, such as the 13 lunar cycles. I've always been blessed by the number.

How does African-indigenous culture inspire your music?

It's certainly a major cornerstone of what I do. Part of my work is exposing, in my own way, that this is actually a global/cross cultural influence that inspires more spiritual systems, music, fashion, food, film, etc. than people often recognize.

What's your inspiration when it comes to lyrics? What kind of stories do you want to tell through your lyrics?

This is a tough one, because it is always changing. I am always interested in archetypes and metaphysics. Right now I'm focused on right now on an exploration of desire, transformation, and sexuality from a unique perspective.

Can you explain how you create work around "shadow self"? How much does Christianity inspire you?

The "shadow self" is another cornerstone of what I do. I'm on a mission to integrate, explore, and enjoy my own shadow. I think we all should be. Otherwise, we are vulnerable to manipulation. In terms of Christianity, it provokes me more than it inspires me. I enjoy exploring its more esoteric aspects in my work.

Tell me more about the impact of womanhood on your music.

Womanhood is really the core of my work. No matter the myriad of programs hurled upon it, womanhood remains my greatest gift and asset. I had to heal the trauma of being labeled 'fast' even before I had acted on my sexuality. I did that by reclaiming the term 'whore' in my work. I did that by getting an understanding of just how sacred the female form is and why we are often kept from that understanding. That healing is ongoing. Songs like "Lady Mary" and "The Huntress" explore this in detail, but its always there just beneath the surface.

My music video for "Sovereign, Song of Auras" was inspired by ceremony, femininity, and mysticism. I was deeply immersed in the concept of DNA and blood mysteries passed down through the Mother.

You're a self proclaimed witch. Can you tell me more about that?

It is a rewarding and challenging path. It is a lifelong commitment to study nature and to study myself. Though I have natural gifts, it requires that I muster all of my discipline on a daily basis. Everyday of my life involves ritual. People are generally intrigued when I bring aspects of this to the stage. I sometimes feel at odds having exposed so much and making it central to what I do, but it is authentic to the core.

What are your future plans music-wise?

I'm currently working on my next release, an EP entitled, Diadem, exploring the journey from descent to divinity restored/remembered. I'll also be opening for The Blow on October 20th in my home city of Dallas, Texas.