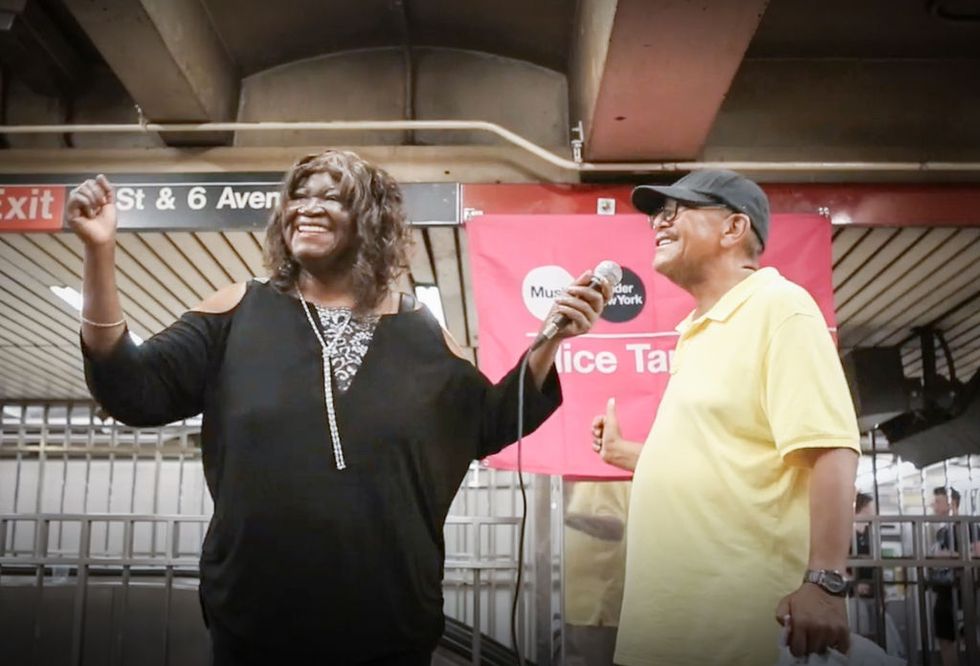 Alice Tan Ridley’s decades of singing in the NYC subway system will culminate in a performance at the Highline Ballroom on Sept. 24 timed with the release of her first album ‘Never Lost My Way.’

Adding more validity to the maxim that exceptional talent runs in the family, it turns out Empire and Difficult People actress Gabourey Sidibe’s mom Alice Tan Ridley is an incredible singer.

In fact, she’s been singing underground at the Herald Square stop in NYC for 30 years.

And the 63-year-old has been belting notes on stages internationally in Canada and the Netherlands and domestically from BB King’s near Time Square to her appearance on America’s Got Talent in 2010. She was the last contestant in the semi-finals to exit the show.

Her three-hour sets for commuters, earning between $100-300 in tips on a given day, and thousands of duets sung with those willing to pause for a moment, has suitably prepared Ms. Ridley for her biggest moment yet.

On Sept. 24, she will perform before an audience at the Highline Ballroom in NYC timed with the release of her debut album, Never Lost Her Way.

The title is appropriate considering Ridley has endured her fair share of hardship, attending a segregated school in the Deep South as well as navigating strong cultural differences in her marriage to her daughter's Senegalese father Ibnou Sidibe, who she learned had wedded his cousin six years before their union. After their divorce, Ridley with the help of her sister who she moved in with, raised Gabourey and her brother Ahmed as a single parent. She gave up teaching to busk in order to make ends meet.

Never Lost Her Way is a compilation selected from her 100-song subway set list such as Al Green’s classic “Love and Happiness” along with a few original songs inspired by her youth listening to gospel, jazz and rock n’ roll.

"I can’t keep up with this younger generation," Ridley tells the The New York Times, although she hopes to reach this audience when she performs this week. "I'm not your young Mariah Carey, Beyoncé-type person. I'm not pushing that sexuality. That's not me! I just want to sing songs I grew up on."

You can read Ridley's profile in full here, and watch the video below: