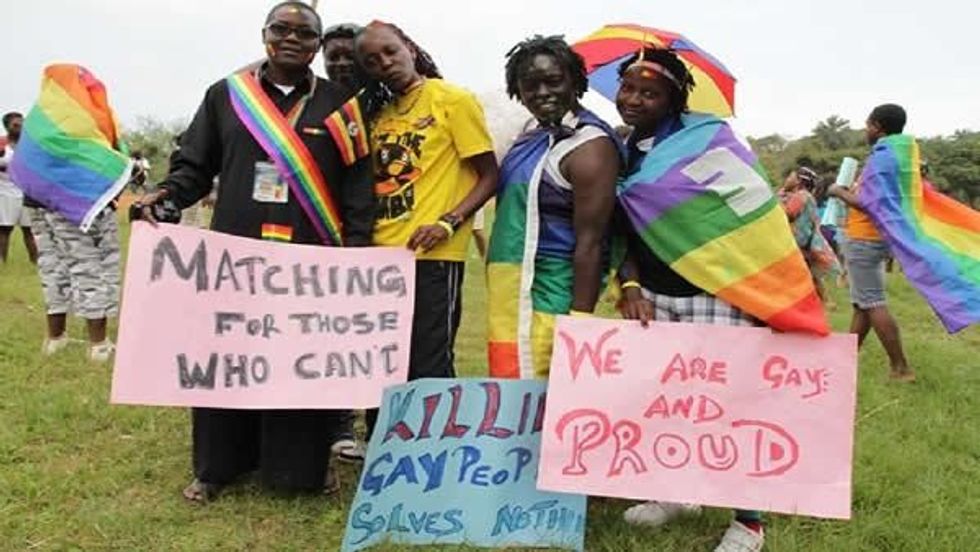 For the second year in a row, the Ugandan government has cancelled gay pride celebrations in the country's capital.

KAMPALA—For the second year in a row, the Ugandan government has canceled gay pride celebrations in the country's capital.

Last week Wednesday, the country's minister of ethics and integrity, Simon Lokodo, called for the shutting down of a pride gala set to take place at the Sheraton Hotel, claiming that the event was an "illegal attempt to promote homosexuality," reports The Guardian.

“It’s true I ordered the police to stop and shut down all the gay pride events. No gay gathering and promotion can be allowed in Uganda. We can’t tolerate it at all,” said Lokodo.

“We know they are trying to recruit and promote homosexuality secretly," he continued. "But it’s worse to attempt to stand and exhibit it in public arena. This is totally unacceptable. Never in Uganda.”

Homosexuality is punishable by law in Uganda, as several colonial-era laws still remain in place.

LGBTQ advocates in the nation are outraged by the minister's actions and the government's blatant denial of human rights.

“We are utterly appalled by the minister’s actions," said Frank Mugisha, the director of the Sexual Minorities Uganda organization. "The government crackdown on our events is abuse of our freedom of assembly and association. We have a right granted by the Ugandan constitution."

“It is sad and difficult. This is based on conservative views of our politicians. Pride is about celebrating who we are, giving courage and hope to those individuals who are living lonely and isolated lives in hostile communities, for them to know they are not alone. We shall not allow this intimidation. The struggle will go on.”

Uganda held its first gay pride rally in 2015, after a law, which made homosexuality punishable by a life sentence, was overturned in court.