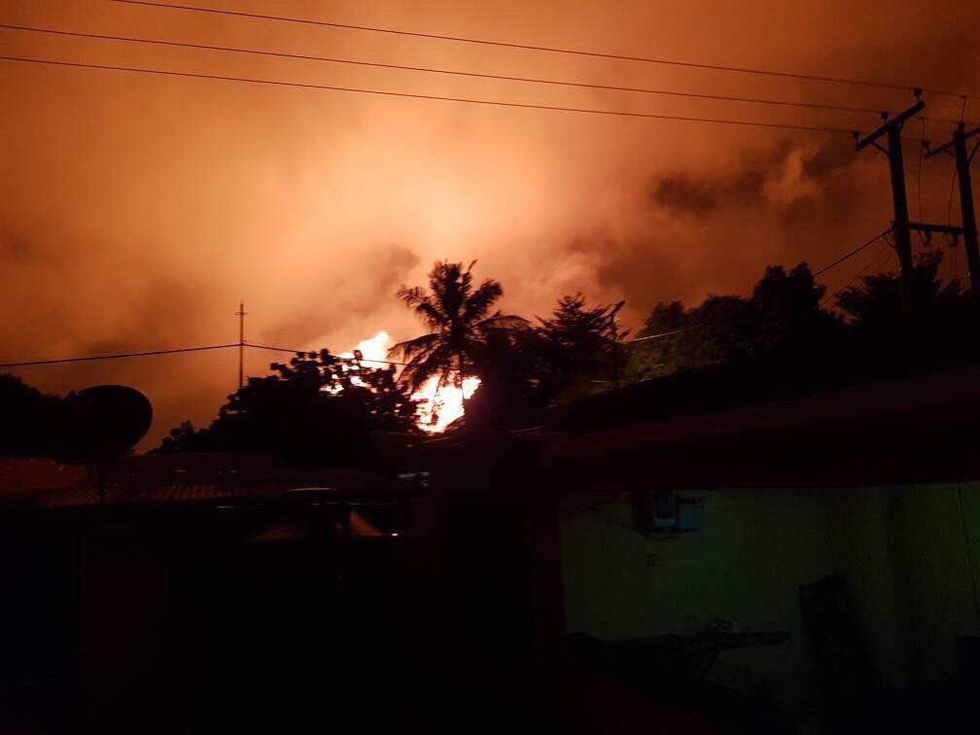 A major gas explosion claimed the lives of at least seven people in Accra Ghana on Saturday.

A major gas explosion claimed the lives of at least seven people in Accra Ghana on Saturday.

The incident occurred after a tanker delivering natural gas caught on fire, sending a massive ball of fire into the air, reports BBC Africa.

Over 100 people in the suburb of Legon also sustained injuries as a result of the explosion. The blast caused a second explosion, which led to a fire at a nearby gas station.

Residents of the Atomic Junction area—including many students from the University of Ghana—were forced to evacuate as a result.

Another explosion. Same place. Atomic Junction. PLEASE STAY AWAY. I felt the heat from 3 Kilometers away. It's crazy!!!! pic.twitter.com/8ZueUKGFb4
— Mr. Reagan (@ronnieamofa) October 7, 2017

President Nana Akufo-Addo, sent his condolences via Twitter on Sunday, and assured citizens that the government is taking measures to " to ensure such an incident does not occur again," stating that he had sent Vice President Mahamudu Bawumia to the scene.

The news of last night's gas explosion at Atomic Junc, resulting in the loss of 4 lives & injuries to several others, has left me devastated
— Nana Akufo-Addo (@NAkufoAddo) October 8, 2017

My deepest condolences to the families of the bereaved, and I wish the injured speedy recovery.
— Nana Akufo-Addo (@NAkufoAddo) October 8, 2017

I have dispatched the Vice President to the scene of the tragedy this morning.
— Nana Akufo-Addo (@NAkufoAddo) October 8, 2017

Government is resolved, now more than ever, to ensure such an incident does not occur again.
— Nana Akufo-Addo (@NAkufoAddo) October 8, 2017