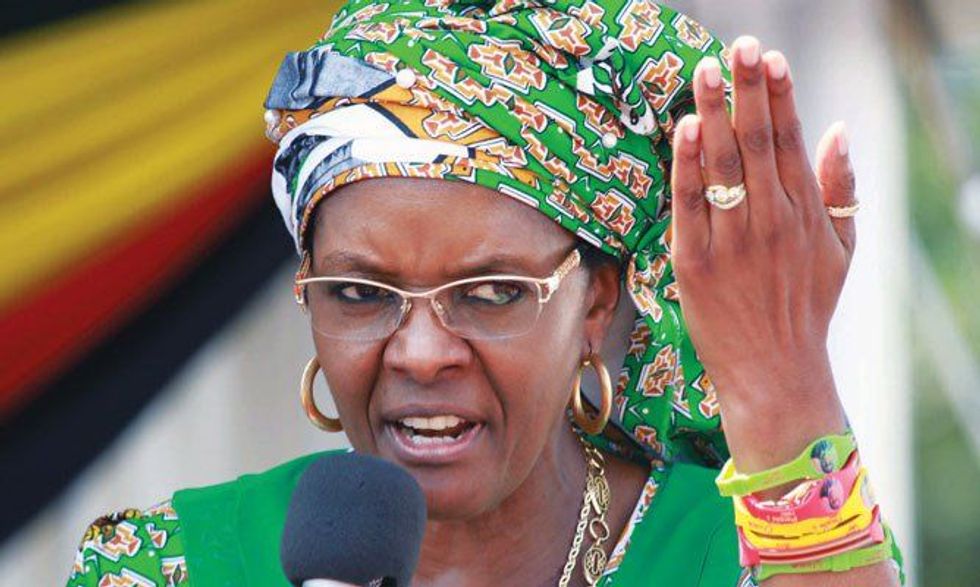 South African police have issued a "red alert" in order to prevent Grace Mugabe from leaving the country, following accusations of assault.

JOHANNESBURG—How far above the law does being a first lady get you? Maybe not as far as you'd expect.

Police minister Fikile Mbalula put the order in place on Thursday. “We have already put tabs in the borders in relation to her leaving the country so there is no question about that. The red alert has been put," he told reporters, adding that due to her "diplomatic status" Mugabe had received preferential treatment in regards to criminal procedures. “If it was somebody else, in relation with being a suspect, we could have long moved and raided on her in terms of the issues,” he said.

Nonetheless, authorities are making it a point to note that no one is above the law. "Anyone that comes to South Africa must know we are a constitutional state and a law state and nothing will just be left."

The push to stop Mugabe from leaving South Africa, comes after she failed to appear in court on charges of assault. Her husband, Robert Mugabe, flew in to Pretoria on Wednesday to attend a summit and advocate on his wife's behalf. Mugabe asked for diplomatic immunity on Wednesday, though it was said that she was not traveling on a diplomatic passport.

In a meeting on Thursday, AfriForum spokesperson and attorney, Gerrie Nel, alleged that the Mugabe's had offered the Engel money to drop the charges, which the victim's family refused, stating that AfriForum intends to “fight this matter to the highest court."

#GracMugabe Adv Nel says the family is not interested in a settlement. He says therefore that they will press for justice in law. HM pic.twitter.com/vvndNDUsKj