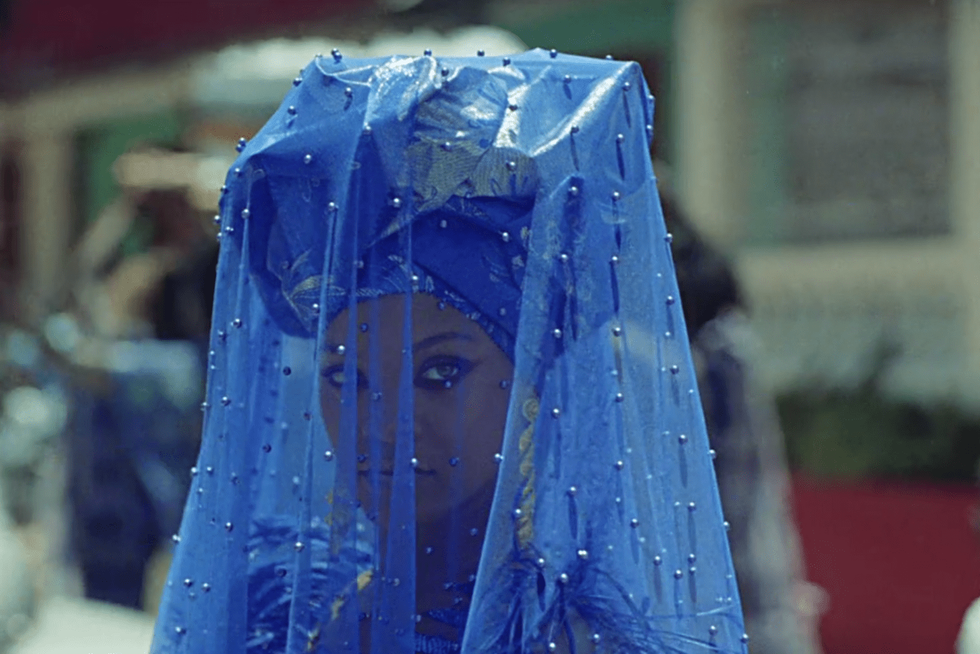 Donald Glover premiered his highly-anticipated filmGuava Island ahead of his Coachella performance this past weekend. An Amazon exclusive, the film was available to stream for free and is now still available for viewing via Amazon Prime.

The Cuba-shot film stars Glover, who plays Deni Maroon and the illustrious Rihanna, who plays his girlfriend Kofi Novia. What Amazon coins as a "tropical thriller," we follow Glover's character, local musician, and his determination to throw a festival for everyone to enjoy.

Guava Island is full of influences and notables from Africa and the Diaspora and we're here for it. It's also evident that Glover enlisted his close-knit crew of collaborators to pull this project off. The film was directed by Hiro Murai, who also directed his music video for "This Is America," was executive produced by Grammy-award winner Ibra Ake, who is of Nigerian descent, and was written by Glover's brother Stephen. Mobolaji Dawodu, GQ fashion director and Nigerian native, led the styling and costume designing of the film.

According to Vulture, Stephen was inspired by global (and black) cult classics, including Prince'sPurple Rain, City of God, Black Orpheus and Touki Bouki, a 1973 film by Senegal's own Djibril Diop Mambéty.

Ake explains to Vogue that the styling and costuming in Guava Island is also inspired by the Diaspora to create the film's fictional, all-black world with Africa as the anchor. "The clothing was a huge palette for us to express ourselves and tell stories," he says.

For Dawodu, having Rihanna don a gele with her blue ensemble in the final scene of the film was a nod to his Nigerian aunties. "I saw a lot of women in my family in the head tie," he shares with Vogue, "so for Rihanna, a pop icon around the world, to wear a Nigerian gele, that's just amazing. It just pushes her whole outfit over the top. It's very powerful."

And now to the rest of the cast. We see Guyanese-British Black Panther star Letitia Wright play Yara, Kofi's best friend, who's pushes Rihanna's character to lighten up in the film. Nigerian-British actor Nonso Anozie plays Red Cargo, the eerie character whose family essentially runs Guava Island through fear and violence. Anozie may be a familiar face as he plated Xaro Xhoan Daxos in Game of Thrones.

Here's a clip featuring Glover and Anozie below.