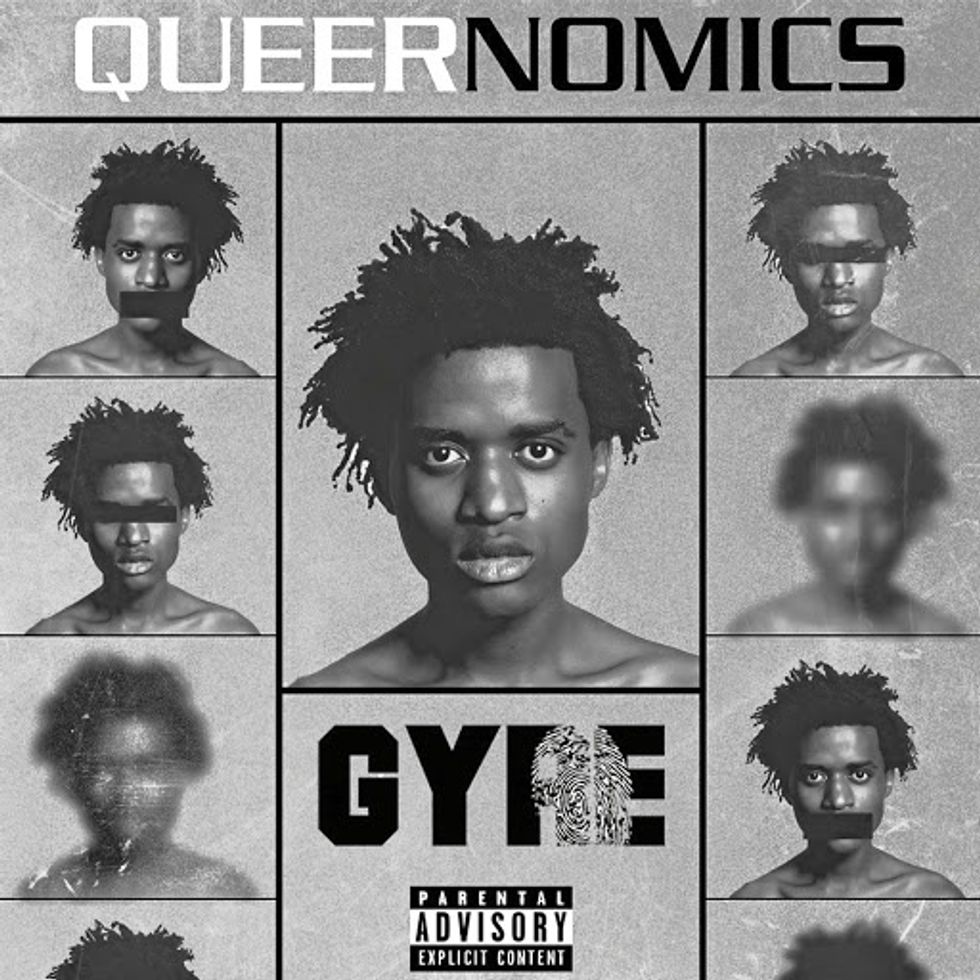 South African rapper GYRE released Queernomics towards the end of 2017. But because the Internet is such a vast space, the album only fell on our radar recently this year.

Queernomics is divided into five chapters: I am Human, Queer Sex, Love, Black. In each chapter, GYRE and his few guests explore the politics of being a black gay man in South Africa, not without flair and bravado.

He talks about white gays, the white gaze, racism, religion, and many other ills a young black gay man has to deal with in South Africa all with a convincing conviction in his delivery. The rapper's English and IsiZulu raps are equally potent.

Peep the wordplay on "Black Jesus": "White home run by a black man/ DAlines, man, you their puppet/ Helen back uzo Zilla/ Abantu bakho bayak'ziba" The album doesn't stop at ills, though.

On songs like "Premium Bottom" and "Eat My Ass," the rapper goes sexual. "Stereotypical when it comes to me/ I'm a black man who loves big black cock," he raps on the latter. Hearing sexual songs from a gay man's perspective is refreshing in a genre (and a world) that is still highly heterosexual.

Sonically, Queernomics reveals a rapper who is in touch with the times. The production on the album, which is handled by J-Word Audio, leans towards the trap side of life. It's characterized by big bass lines, a wide selection of synths, pounding kicks and 808 snares.

Queer rappers are becoming a force to be reckoned with in South Africa, with the likes of Mr Allofit, Andy Mkosi, Dope Saint Jude, among others making wavea. But Queernomics is the one body of work that shares the experience of queerness wholesomely.