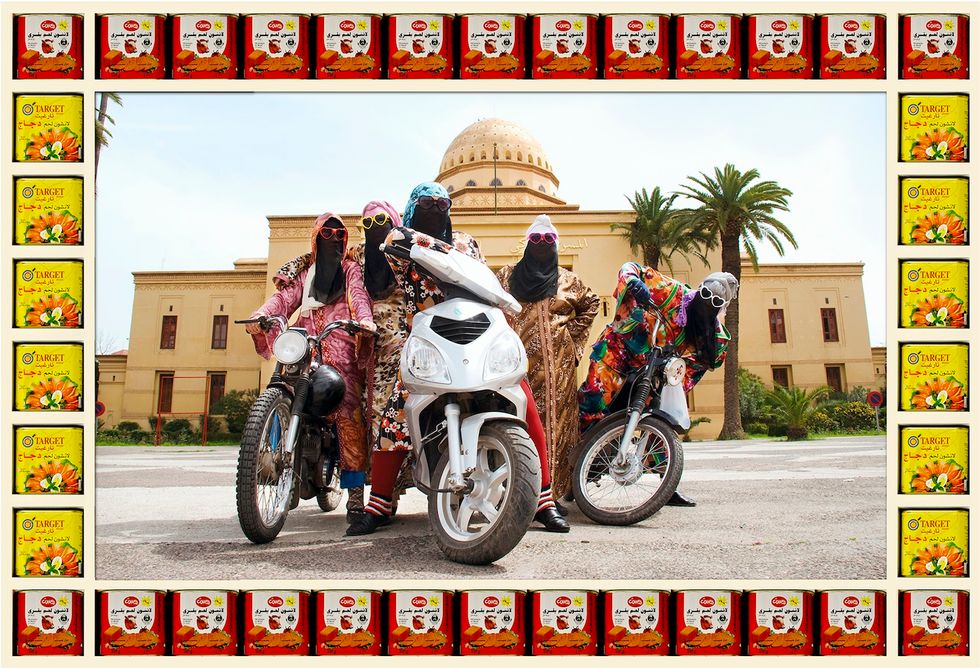 The stunning photos featured above of colourfully veiled women on motorbikes are part of Kesh Angels, the debut New York exhibition from the Moroccan-born/UK-based consistently phenomenal Hassan Hajjaj. The self-taught photographer, whose aesthetic is the striking result of a North African heritage combined with an education rooted in the worlds of London hip-hop, reggae, and club scenes, has over the years developed his own brand of visually stunning Morocco-centric pop art. In his latest series, Hajjaj continues to offer an alternate perspective on femininity in Morocco, one that embraces vibrant colours along with individuality and attitude. Kesh Angels, a tribute to the biker culture of young women in Morocco, nods to the African studio photography tradition established by Malian legends Seydou Keita and Malick Sidibé. Hajjaj, who uses found objects such as Pepsi cans as material, frames his photos with elements of consumerist culture. The Kesh Angels exhibit, accompanied by a book on the last decade of Hajjaj’s work, is now on display at New York's Taymour Grahne Gallerythrough March 8th. Hajjaj's three-channel video installation, My Rock Stars, Volume I (2012), is currently on view at the Los Angeles County Museum of Art through July 20th.