Here’s What We Know About #ZimShutDown2016 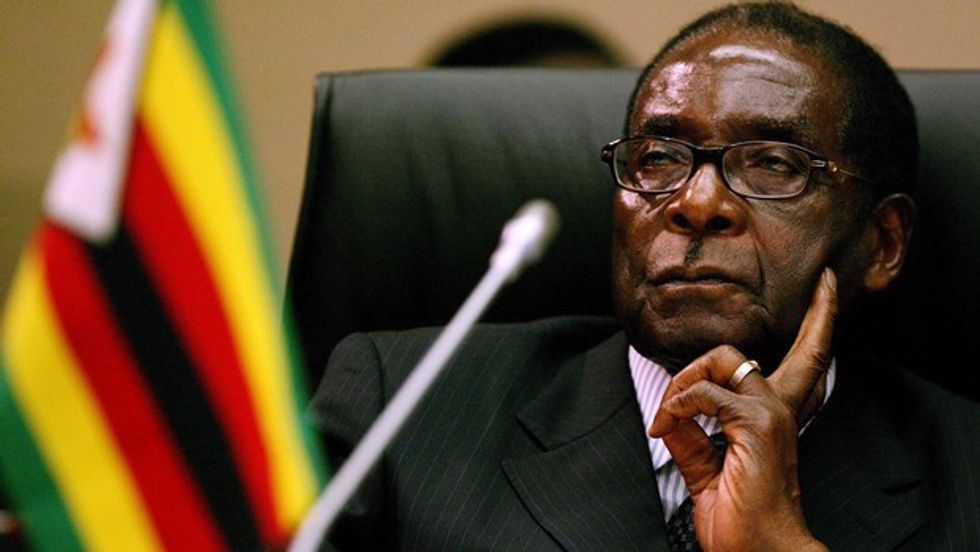 A citizen-organized “stay-away” in response to Zimbabwe President Robert Mugabe’s corrupt government and the nation’s collapsed economy has transformed the capital Harare into a ghost town.

Though Mugabe, 92, ruled Zimbabwe since 1980, it’s the first time since the Congress of Trade Unions led shutdowns in the mid 1990s that Zimbabweans demonstrated by vowing to stay indoors Wednesday in a national "stay-away" day called #ZimShutDown2016, CNN reports.

Many of Zimbabwe’s urban centers turned into ghost towns as citizens from a variety of professional backgrounds—teachers, doctors, nurses—abandoned work, forgoing income, in an effort to put pressure on the government to address the nation’s economic collapse that has rendered the local currency virtually worthless and has produced a cash shortage. Consequently, according to the Financial Gazette, nearly 80 percent of the population live in abject poverty.

It's just a Social Media Rant they said , it won't get anywhere they said #ZimShutDown2016 Harare & Bulawayo today pic.twitter.com/yoEsnhAh90

Compounded economic hardship, joblessness, and unpaid salaries for the month of June have pushed citizens, regardless of political affiliation, to respond to the social media campaign and messages transmitted through mobile app WhatsApp to shut everything down, according to the Financial Gazette.

"It's important for everybody to understand that anything you post on social media or over the top services can be traced back to who started them," Mandiwanzira explains to the state-owned Chronicle.

There were complaints on social media that the messaging app has been blocked for several hours Wednesday morning. The Media Institute of Southern Africa in Zimbabwe responded saying, we are "gravely concerned with the apparent disabling of the WhatsApp platform."

We are not abusing social media, we are using it to get rid of those abusing us! #ZimShutDown2016pic.twitter.com/2T3cSsDdVW

"Our patience has been strained. Our members are hungry and angry. Government cannot say it is broke given its high level [of] opulence, while our members are suffering," Raymond Majongwe, secretary general of the Progressive Teachers Union of Zimbabwe, says according to CNN.

Zimbabwe police have responded with tear gas and arrested approximately 100 people between the capital Harare, Bulawayo and Victoria Falls on Wednesday in connection to looting. And on Friday, a warehouse on the border between Zimbabwe and South Africa burned to the ground, referred to as the Beitbridge Revolt. The arson is reportedly a symbolic gesture for the recently implemented import restrictions on the most basic goods. Three people have been arrested in connection to the arson.

Pastor Evan Mawarire has been credited for initiating the social media campaign #ZimShutDown2016, which has attracted thousands of followers. In April, he started hashtag #ThisFlag urging Zimbabweans to mobilize in order to dismantle "rampant and runaway corruption by government and government ministers."

"We have called for a complete shutdown of the country today in protest of the government that has completely failed to look after its citizenry‚ and failed to listen to the demands of its citizenry‚" Mawarire tells local radio of Wednesday's protest.

He also has urged citizens to stage another stay-away on Wednesday and Thursday next week if the government fails to respond to their demands.

Also protest group Tajamuka, recently connected to the main opposition Movement for Democratic Change (MDC) led by Morgan Tsvangirai as well as demonstrations in Harare and Beitbridge, have called on citizens to continue the momentum of the previous two days by marching to the State House on Saturday.

“We are just doing this as angry citizens seeking solutions to our problems. We need jobs, we need a better (life),” the group says.