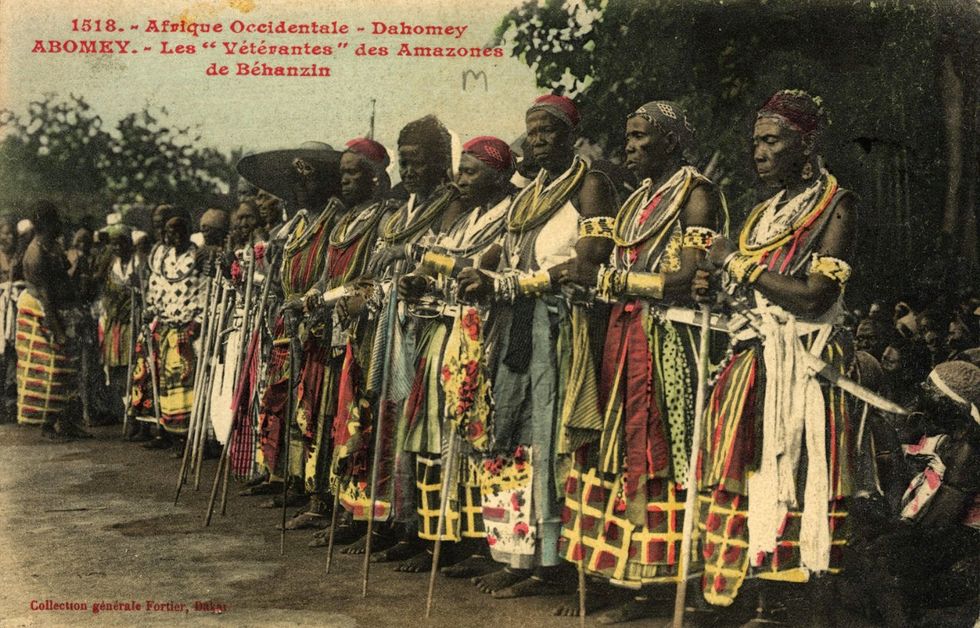 A West African gem of a story (that doesn't involve slavery) has been unearthed and is in the process of being brought to television.

NCIS producer Charles F. Johnson partnered with French producer-director-writer Joy Fleury, and producer Karen Gordy to tell the incredible story of The Dahomey women warriors, or Amazons, as the made-for-TV series is titled, according to Deadline.

If you haven’t heard of these fierce women, they formed an all-female militia comprised of 6,000 soldiers who protected and expanded the borders of the Kingdom of Dahomey (present-day Benin) for nearly 200 years before the French colonized the West African country in 1894, according to Shadow & Act.

By the way, Dahomey was the last West African empire that withstood colonization, and gender parity including ruling authority were values intricately woven into the fabric of society.

Photo of veteran Dahomey warriors, said to be taken in the early half of the 20th century by a French newspaper via Shadow & Act

African and African-American studies academic Suzanne Preston Blier of Harvard University will serve as historian overseeing the authenticity of the production.

The live-action TV series that counts showrunner Didier Lacoste (L’ecole du Pouvoir) and writer-director Armand Bernardi, well-versed in Dahomey shamanistic practice, among its creative team hasn’t found a network home yet. But considering the historical significance of the story and the incredible bravery these women warriors have demonstrated, even the French acknowledged how formidable they were, TV networks would be foolish to bypass Amazons.