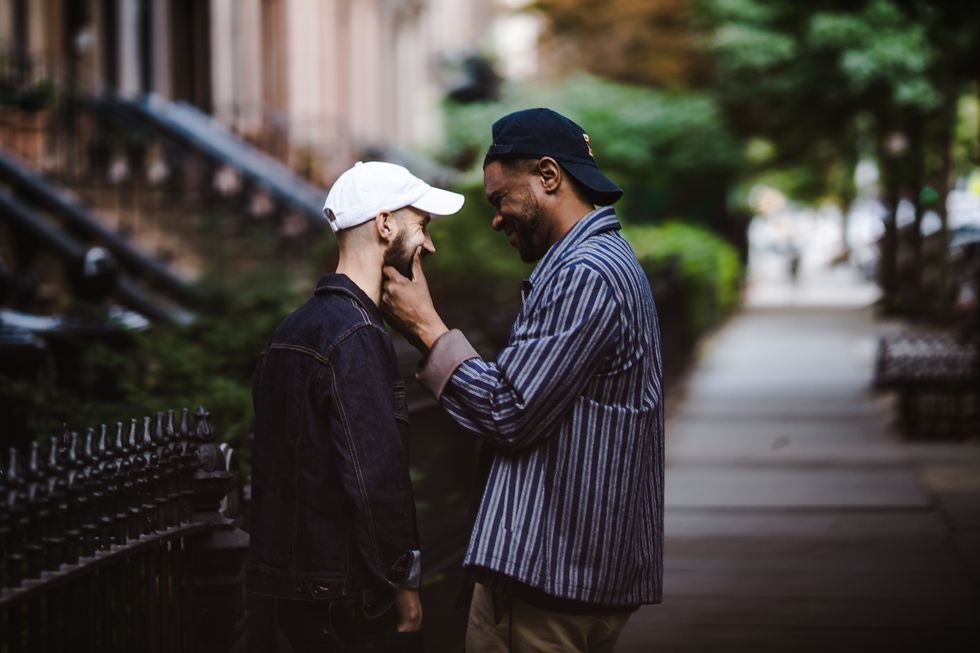 For some members of the South African LGBTQI+ community, holidays are reminders of rejection and persecution

In varsity I met Jeff—not his real name. He'd get drunk religiously because being sober was too burdensome. Alcohol helped him temporarily forget his sadness. One night on his way home from the bar, he was followed by five men who proceeded to mock him for looking gay before they began to hit him. Covered in blood he sought refuge in my apartment refusing to go to the clinic out of the fear of facing more discrimination. Crying, he told me that that there wasn't any point being alive because the world hated him. All his life he'd been taunted and assaulted for being gay and coming from a homophobic family he knew that he'd be rejected by them if he ever came out to them.

Like Jeff, countless members of the LGBTQI+ community—my community—are left without the option of going home during the holidays or any other time they might need to retreat from the world. It's a painful reality and around this time of the year it stings because for a lot of us irrespective of our religion, the Easter holiday is expected to be a period for returning home to family— a time of love and solidarity with the people we grew up with. But, for many of us, it is a time of deep trauma and anxiety. During a time when families come together and preachers will be taking to podiums to preach about a man who was crucified, nobody will preach about those of us crucified for how we were born or how we identify.

According to a report by The Other Foundation, South Africans have a complicated view of same-sex orientations. 34 percent assume that it's a lifestyle choice, 12 percent agree that it's an illness, 5.1 percent believe that it's a sin, 3.8 percent say that it was a result of a person's upbringing and 3.7 percent understand it to be something related to a person's ancestral spirits. These misconceptions would be comic if they did not manifest in violence. It also goes a long way to explaining why so many members of the LGBTQI+ community have to make homes for themselves on the streets, in shelters and turn to chosen families for warmth. For some people coming out, being outed by someone else and/or self-actualizing means learning that sometimes the love that we get from our families is conditional. So, instead some people live double lives. When they're away from home they disrobe to live their truth and when they're home they put up on a safety mask.

For some people coming out, being outed by someone else, and/or self-actualizing means learning that sometimes the love that we get from our families is conditional.

In Jeff's case he would put on his "straight" persona at the end of each school term when he went home. This meant changing how he spoke, not wearing his hot pants because "men don't dress like that" where he came from and acting as stereotypically manly as possible. His homophobic home environment made him postpone his trips back and he kept them as short as possible.

For many others there's the manipulation and the violence from family members who they've come out to telling them to "keep quiet about it because saying something will do more harm than good," and the guilt of being told that it will shame the family or being asked "what will people say?" Some people take the truth about themselves to the grave and the rest of us silently stomach Easter lunch with distasteful comments from our homophobic or transphobic family members. And, that's just the people who can go home.

There are those whose only means of keeping a roof over their head means feeling like a burden to their friends and constantly having to depend on them. There's also a significant number of people, who do and don't have an income or anybody to turn to and have to make do out in the cold. Their burden intensifies when they turn to shelters that are not queer friendly. And, they are either subjected to violence or discrimination from within or aren't allowed in because of the shelter's gender policies that do not accommodate trans people. And, in rural areas where there aren't shelters or queer friendly spaces the situation is gloomy. In fact, there are minimal shelters around South Africa that cater to members of the LGBTQI+ community with staff that are sensitive to their disposition.

Periods centered on family time can be upsetting for a lot of us for many different reasons. But, this is for members of the LGBTQI+ community. To the ones still here and those who aren't anymore, especially, as a result of the unkind ways of this world. I hope that you have a family somewhere, even if it's chosen, that loves and holds you. Each one of you, of us, who feels the intensity of that hurt around this time I crave healing for you.