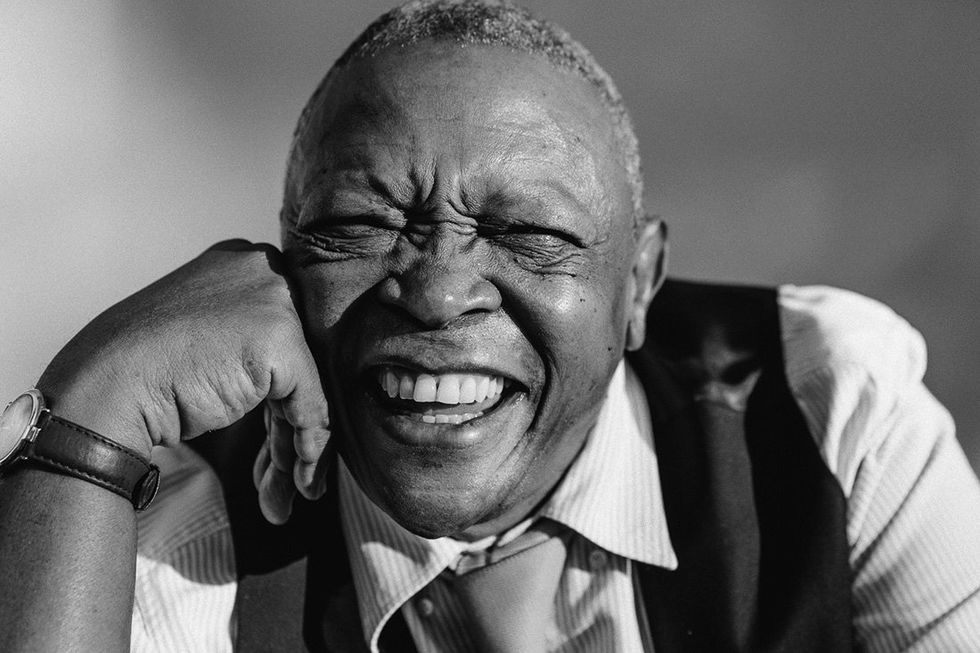 The legendary artist was also an anti-apartheid activist, whose music remained fiercely political throughout his decades-long career.

News of the passing of Hugh Masekela, has rocked the world this morning. Considered the "Father of South African Jazz" Masekela was an uncommon musical talent, playing the fluegelhorn and cornet, as well as the trumpet with undeniable skill. and producing some of the biggest hits in South African jazz. While it's clear that his musical achievements are not lost on us, they are far from the legend's only meaningful contributions. Masekela was also a fierce activist and anti-apartheid hero.

He proved time and time again, that music and activism can go hand in hand, as he continuously produced works that helped comfort and inspire a racially divided South Africa during the height of the anti-apartheid struggle.

A man of such fortitude and vision will never be forgotten, and it's a befitting time to take a moment and reflect on his impact, both musically and otherwise.

Below we remember the late musician's social activism. Rest in power, Bra Hugh.

The artist was politically involved in the anti-apartheid struggle, leading to his exile in 1960. In the aftermath of the Sharpeville Massacre, in which police used live ammunition and military-like force against unarmed protestors, the artist settled in the United States as a student, where he befriended Civil Rights activist and fellow musician, Harry Belefonte.

The artist wrote about finally retuning home after 30 years in his autobiography, Still Grazing.

That September, after thirty years, I returned to the land of my birth. After I landed and disembarked, it took forty-five minutes for the immigration officer in charge of returning exiles to clear me through customs. She had gone on her morning tea break. During my wait, I became afraid that perhaps something sinister was afoot. Outside, my father, sisters, distant relatives, old friends, and reporters were all waiting for me to emerge. When I came out, a chorus of roars and ululations pierced the air.

Performed by his former wife, iconic South African singer and activist Miriam Makeba, the 1977 protest "Soweto Blues" was a contemplation on the horrific events of the 1976 Soweto riots. The song helped affirm, once again, Masekela's profound inclination for creating music with a potent political message.

"Bring Him Back Home (Nelson Madela)"

In 1987, Masekela penned another unforgettable anti-apartheid anthem, this time about the wrongful imprisonment of Nelson Mandela. The artist released the hit song "Bring Him Back Home," after receiving a smuggled birthday letter from the South African revolutionary. The song quickly became a battle cry for the ongoing freedom struggle.

"Bring back Nelson Mandela, bring him back to Soweto," sings Maskela in his famous baritone. Watch a live performance of the song from 1987 below.

Watch as the artist explains the inspiration behind the song, in the clip below.

The Botswana International School of Music

The artist was involved in several social initiatives. In 1985, Masekela founded the Botswana International School of Music (BISM) which offers local musicians from all walks of life a unique opportunity to perform together, something he had done throughout his career. It is now known as the Botswana Music Camp, bringing artists together every year to help preserve cultural heritage through music.

Today I lost a friend. @hughmasekela was a pioneer. He was one of the first musicians to spread African Music all o… https://t.co/TftIYSsZLP
— Angelique Kidjo (@Angelique Kidjo) 1516703205.0

A teenage Hugh Masekela jumping for joy in Sophiatown with the trumpet he received from Louis Armstrong. Shot by Al… https://t.co/aFoHe90MeN
— Kieran Dodds (@Kieran Dodds) 1516702039.0