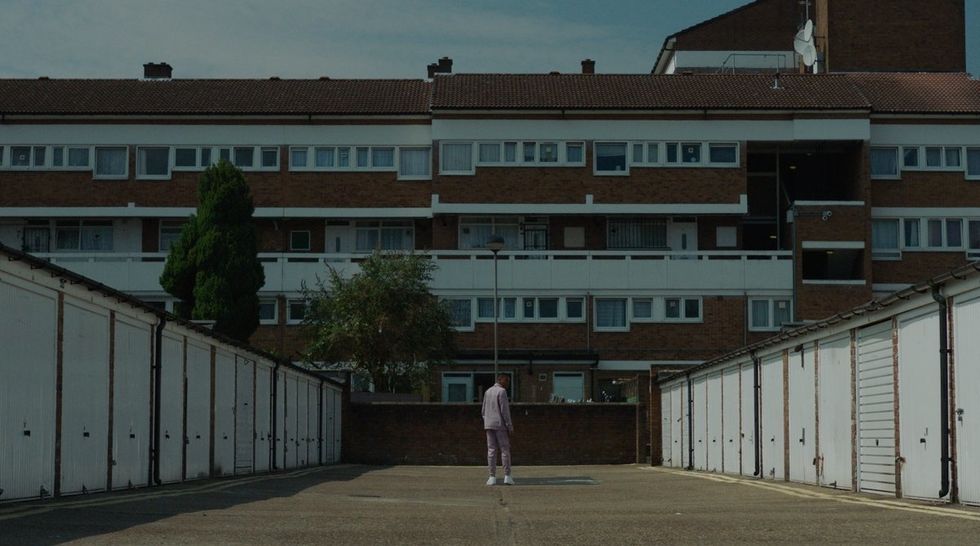 'Velvet' is the latest from Nigerian-British director Iggy LDN, where he dives into an untold perspective on London's knife crime issue.

Iggy LDN is the London-based artist, director and writer you need to know.

The Nigerian-British creative has returned with a poignant visual using movement, music and emotion to tell a story about London's knife crime that one wouldn't see in mainstream coverage.

In Velvet, Iggy moves away from the tropes he's seen surrounding the deaths of young black men like gang violence and shares a new perspective on how knife crime impacts familial bonds. He was also inspired by the untimely death of model Harry Uzoka and the countless other Black British men who have lost their lives earlier this year.

"In such a socio-political climate, more needs to be said about the ongoing deaths, which not only affect families but whole communities," he says in a statement. "We cannot simply reduce lives to graphic headlines and repetitive rhetoric. It is this sort of crime that cannot go unheard."

OkayAfrica briefly catches up with Iggy LDN to further learn about his creative process to produce Velvet.

Antoinette Isama for OkayAfrica: What's something that's misunderstood regarding how Black British men, and the community as a whole, are portrayed when it comes to knife crime that you wanted to explore and rethink with Velvet?

Iggy LDN: I think there's a huge epidemic when it comes to knife crime cases and the way we become desensitized to the emotional element of losing a loved one. In the UK, we are confronted with the criminal aspect of death through news stories and documentaries, however there is no community outreach that helps to deal with the loss of losing a loved one.

Internally, we see these issues as not affecting us directly and do little or nothing to combat them. I think in order to solve these issues within our community, it's important to understand who these issues directly affect. By pushing the conversation back to the more emotional element of the film, it will hopefully change our minds and give us a better understanding of the bigger picture.

What inspired you to tell this story through movement and emotion?

When I first lost someone I felt an incredible sadness that I never really forgot about. This year has marked a huge rise in knife crime, especially around young men, and I think we haven't been able to tackle the real reason as to why this is so prevalent in our community.

I really wanted to explore changing the narrative that we all see and hear time and time again. The thought of re-writing a story in order to recenter the narrative of the victims of knife crime was especially important because we don't see it at all—we don't see how this violence affects mothers, fathers or whole communities. I think this is what is going to help change how we view violence and how it can better be solved.