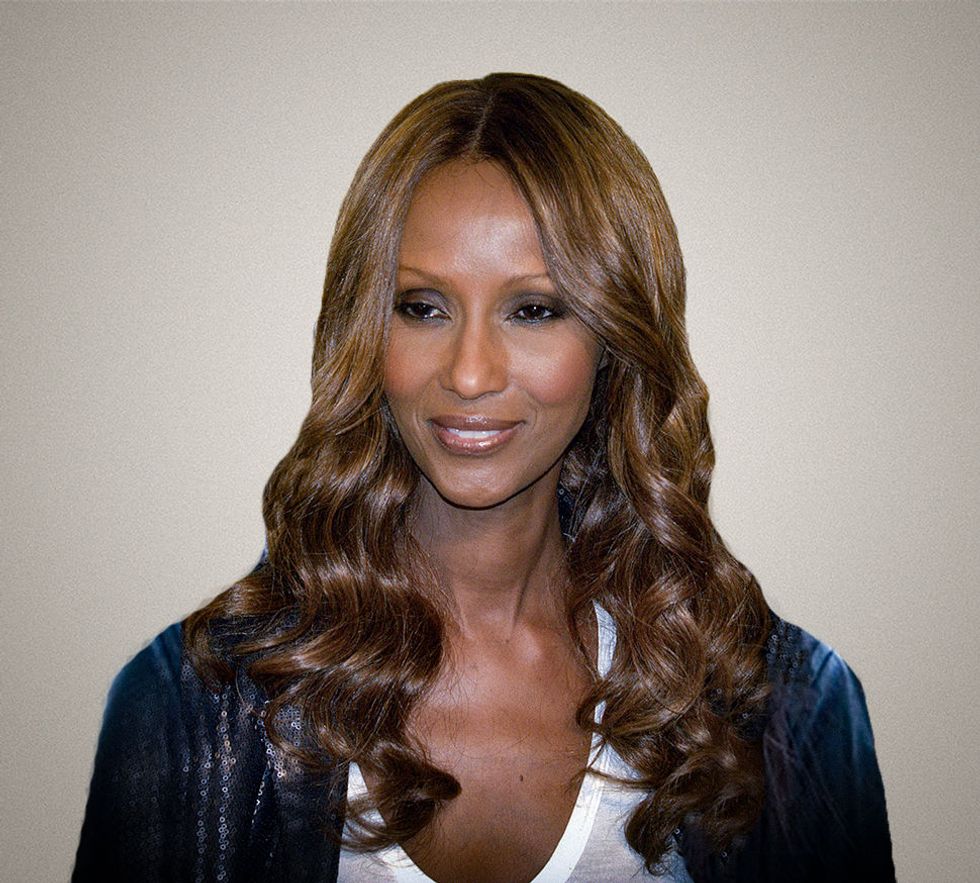 Iman Abdulmajid, more commonly known as Iman, is a retired supermodel, mother, actress, entrepreneur and humanitarian who speaks five languages. At age 18, the famed American photographer, Peter Beard, approached Iman while she was walking to the University of Nairobi because he wanted to take her picture. "The first thing I thought was he wanted me for prostitution," Iman recalled in an interview with Knight-Ridder/Tribune News Servicewriter, Roy H. Campbell. "I had never seen Vogue. I didn't read fashion magazines, I read Time and Newsweek." When Beard offered to pay her, she reconsidered and asked for the equivalent of her college tuition which was $8,000.

Since hesitantly making the move and signing with Wilhelmina, in New York City, Iman has become a staple and beloved icon in the fashion industry. Iman was Yves Saint Laurent's muse for the “African Queen" collection, made history as Revlon's first black beauty ambassador in the 80s and appeared on many magazine covers. In 1994, Iman created and launched her own cosmetic collection for women of color (IMAN Cosmetics), which grossed $12 million in sales in its first year and continues to thrive today. The elegant East-African expanded her brand to include home decor and fashion accessories.

In addition to taking the lead in fashion and business, Iman is a mother of two, a published author (I Am Iman, The Beauty of Color) and a well-known philanthropist. She is involved with The Children's Defense Fund, Action Against Hunger and the RAISE HOPE FOR CONGO. This Somali stunner is impressively multi-talented and still, at age 61, gorgeous.