This Choreographer is Using African Dance to Save Lives 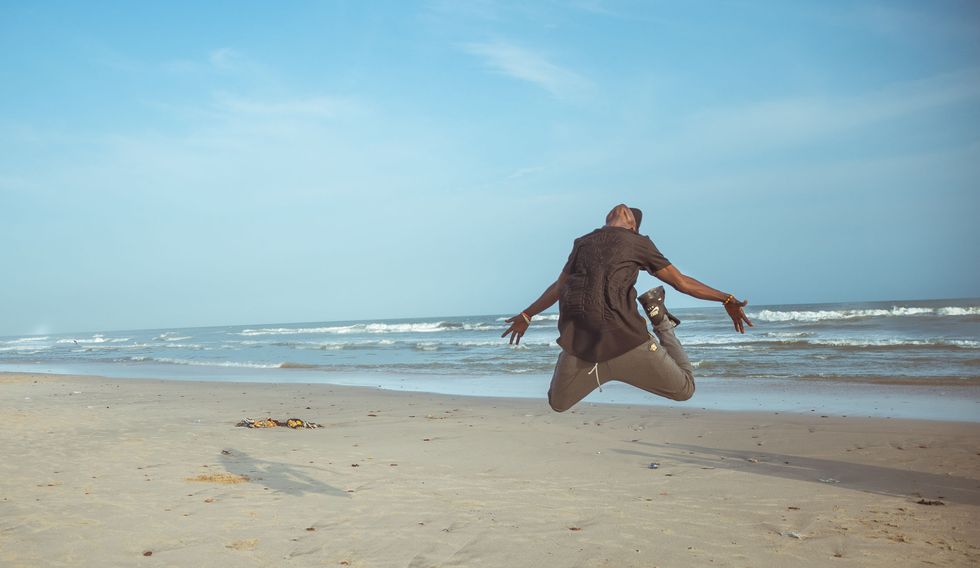 Across the nation, the streets can be a death trap for black youth whether your name is Kendrick or Kofi. This was nearly the case for Kwame Shaka Opare, who was raised in Washington, D.C. and New York. “Coming up in the early 90s, street culture was strong—I wanted Gucci sneakers, but my summer job didn’t pay enough, so I got involved in things I shouldn’t have been involved in,” Opare says.

Opare was introduced to Kankouran West African Dance Company at 14—it provided him with something to do, somewhere to go and changed his path forever. His talents were recognized early on and Opare learned the performance and technical aspects of dance by trying to emulate his teacher, Assane Konte.

Dance was also a creative outlet to collaborate and perform with young artists. However, tragedy struck when Mwandishi Johnson and Jahi Bem Sherard, who drummed and danced with Opare, were murdered within a year of each other. “They were my best friends and we were all artists," Opare says. "We even started a side dance company for one season. To this day, their deaths still strike a nerve with me.”

These experiences led Opare to use dance as a vehicle to provide people, especially marginalized youth in public schools, with opportunities to shine and have safe spaces to learn and grow. He holds a master of fine arts in dance from the University of Maryland and has toured with the Broadway show STOMP, where he attained the lead role. In 2003, he founded the DishiBem Traditional Contemporary Dance Group to bridge the gap between traditional West African and contemporary performance modes and has received numerous awards for his work which speaks to social issues around the world.

In 2016, Brooklyn Academy of Music named Opare the inaugural recipient of the Chuck Davis Emerging Choreographer Fellowship, which awards emerging choreographers an opportunity to travel to Africa and study with one or more experts in African dance. On April 8, Opare will debut a showing of multi-media work, .theScope .theWork .theProcess: GHANA.

We speak with Opare about his fellowship and upcoming work, creative process, and the power of dance.

Jacqueline Lara for OkayAfrica: How did it feel to receive the inaugural Chuck Davis Emerging Choreographer Fellowship?

Kwame Shaka Opare: I was overjoyed. It also felt like I was accepting it for Mwandishi and Jahi Bem. There’s been a circle of us forging ahead despite the marginalization of our craft as purveyors of West African dance and music. So, for this fellowship to even exist is an indication of our forefathers—one of them being DanceAfrica founder Baba Chuck Davis—who has been doing what we’ve been doing for 50 to 60 years! It was an honor to receive acknowledgment for my work and perpetual drive in this field despite a shortage of opportunities for this style of dance.

Why are there less opportunities in West African dance?

For any dancer or artist, it’s not easy. Until you hit a steady rise of success, the in-between times can be tough. West African dance wasn’t seen as an art form 15 to 20 years ago. It was just seen as jumping around and doing whatever. You won’t find many grant opportunities or higher education jobs teaching West African dance. With the “Obama Phenomenon,” we began to see more positive images of ourselves in the media, which translated to job requests using the word, “Global,” “World,” and “African Diasporic Dance” to specifically requesting an “Africanist.”

As part of the fellowship, you spent three months in Ghana conducting research, and creating new choreographic work based on your experiences. What was this like?

It was a dynamic, saturated, cultural experience inside and outside the studio. This was the first time I was there officially as a dancer with the National Dance Company of Ghana, and it was my longest stay. After a while, you stop being a visitor, you develop relationships, and become part of the daily social rituals. In my showing at BAM, there will be nuanced movements fashioned off experiences I’ve had and rituals, performances, and festivals I’ve seen in Ghana.

Can you describe one of the social rituals/experiences?

It’s fascinating to see how people and commerce move through open air markets, which are central to Ghanaian life. The markets are run by women, navigated by memory, and you can get everything from shoes and utensils to vegetables and music. It’s congested, but at the same time, people are constantly moving in a seemingly unobstructed manner. You’ll find a sidewalk which would usually have space for one person with four lanes of people moving through without stopping. And, there can be seven women selling tomatoes, but you only buy from a specific vendor.

What can viewers expect from .theScope .theWork .theProcess: GHANA?

The 30-minute showing of completed works and work-in-progress will be livestreamed and present video work, which moves into live dance performance. I documented everything and am creating a narrated docu-short discussing what resonated with me and gave me creative currency through dance and movement. As the inaugural recipient, I’m setting a standard for those to come, and don’t take this responsibility lightly!

What advice/takeaways do you have for future fellows?

Research wherever you go in Africa as best as possible to maximize your time. I overstayed in Ghana because some logistics fell through, and there was more I needed to learn. Also, find what feeds your creativity and vision of what you want to create movement-wise by documenting everything through photos, video, journaling and voice text. After the honeymoon of being in a new country wears off, it’s important to look at life and your work with fresh eyes. As an artist, all experiences will sink in, but it’s how you access them later when you need to create new work that matters.

Can you tell me more about your creative process?

My process varies, but I like to open myself like a book with empty pages and allow different experiences to fill the pages. I use West African dance-based technique to evoke the story I’m trying to tell. I’m passionate about the disruption of the status quo within the education system, and pull visuals, music, and text to create pieces of work that speak to the communities I serve. I want my audiences to understand what I’m trying to say while keeping it abstract. And, like Tarantino or Scorsese, I want the score to bring you in to the rise and fall to create dynamic storytelling,

Dance is engaging, thought-provoking and for everyone. If my work inspires audiences, that’s a beautiful thing. I want to pay it forward and share my love of dance with others because it saved my life.

Jacqueline Lara is president of Mpact PR, LLC. She specializes in helping entrepreneurs and artists share their stories and art with the media and new audiences. She also creates content at Color Wheel Media, and is a contributing arts and culture writer for 99U and i-D Magazine. Connect with her on Twitter: @MpactJacq.