Iyanya Meets The Parents In The Visuals For 'Applaudise' 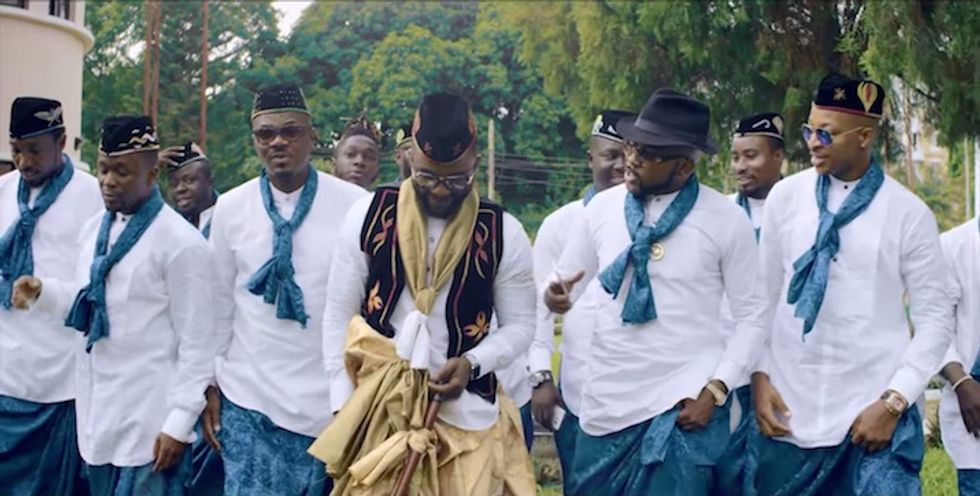 Iyanya creates an endearing mini-drama in the video for "Applaudise," in which he must prove himself to an unimpressed future mother-in-law.

In Iyanya's latest production, the pop star channels the most dreadful stage of every relationship: meeting the parents. The Nigerian singer has created an endearing mini-drama for "Applaudise" in which he must prove himself to his unimpressed future mother-in-law. The feud heats up after the mother puts their marriage on blast in a TV news interview, refusing to go to the ceremony. The Aje Films directed video features cameos by DJ Jimmy Jatt, Banky W, Seyi Law, Ubi Franklin and others. Leave it to Iyanya to produce a creative dra-medy that concludes with a lavish wedding embedded with elements of both traditional and modern Nigerian culture. Watch the video for Iyanya's "Applaudise" below and revisit his poolside track "Nakupenda" featuring Tanzania's Diamond Platnumz.