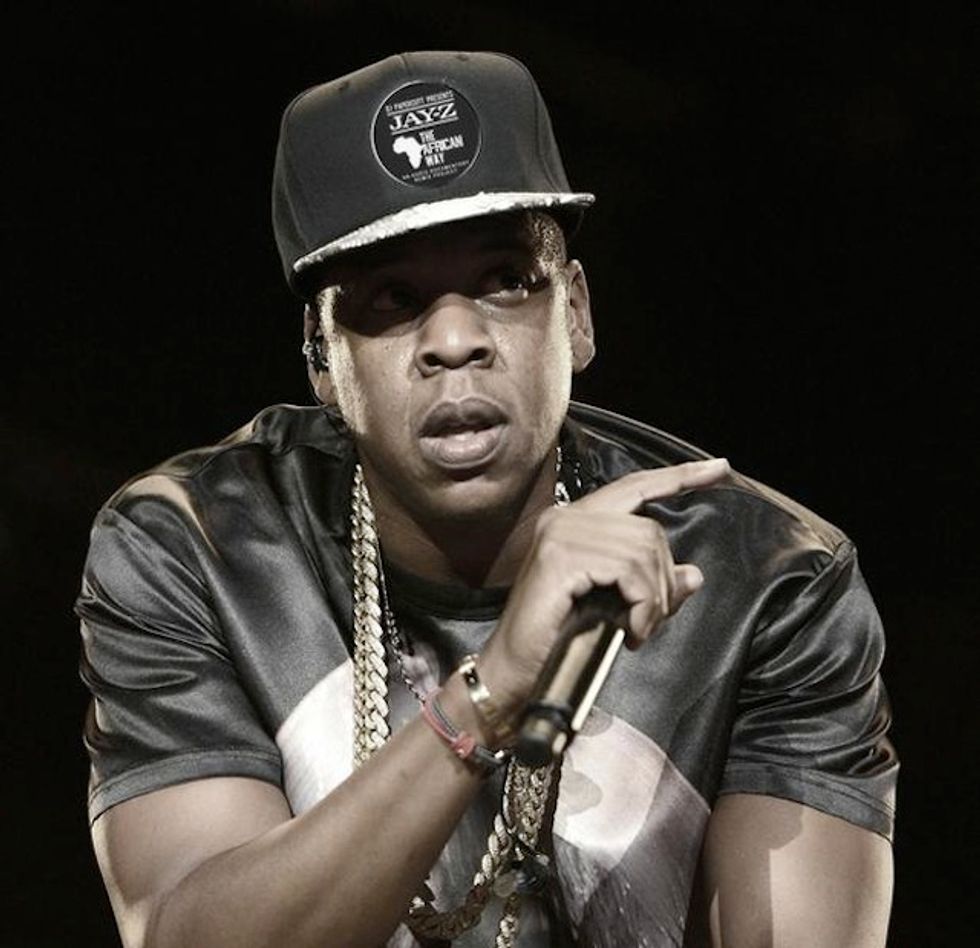 Check out Jay Z spliced with some African classics from Fela, Miriam Makeba, and more.

Thabang Moloto, aka DJ Papercutt, is a DJ/producer/creative director/entrepreneur from The East of Johannesburg, South Africa. Some may know him as Tumi Molekane's tour DJ, some may know him as director of Papercutt TV & Media, but either way, he is no newcomer to the scene. Having worked across the continent on projects for artists such as South Africa's soul guru Kabomo as well as rapper HHP, Simba (Mozambique), Zubz (Zimbabwe), Liz Ogumbo (Kenya), and Mode Nine (Nigeria) to name but a few, Papercutt has come out from behind-the-scenes with Jay Z: The African Way. Bringing artists such as Fela Kuti, Hugh Masekela, Letta Mbulu and Miriam Makeba back with a little something extra, Papercutt has strong feelings about his African heritage and his role in the media industry as an advocate for the African truth.

Shiba for OKA: So for those of us who are uninformed, tell us a bit about the man that is DJ Papercutt and what you've been up to of late, as well as the seed that germinated into Jay Z: The African Way.

Papercutt: How Jay Z: The African Way came about was, a few years ago, I came across an a cappella folder of Jay Z's album American Gangster. I have a large music library in my studio. I have a section where I have artists like Stimela, Sankomota, Hugh Masekela, Sipho Hotstix, Letta Mbulu, Miriam Makeba, Brenda Fassie, etc. They're mostly records that my dad used to play when I was growing up. I decided to figure out a way to create loops and instrumentals of that old music and I mash the with the Jay Z a cappellas to create the remixes.

I was curious to hear what it would sound like and the outcome sounded interesting. I did a couple of them and even called the project Jay Z: African Gangster. Only to find out that another DJ from America [Mike Love] had put out a project called Nigerian Gangster, which used Fela Kuti samples and the project was a big hit. I felt discouraged and I stopped working on my project, 'til one day a friend of mine asked me to do a mix for his radio show. So in the mix that I did, I decided to include two tracks from my remix project that I had abandoned. After the mix was aired my social media inboxes filled up with a lot of messages about those two tracks and not the actual mix. That caught my attention, but it's only after I saw my mom genuinely vibing to the tracks in her car and playing them for other people her age that I realized that the project must be put out free for the world to have. So I went back to the drawing board changed the title to The African Way, so it can be an ongoing series. I also made the project feel more like an audio documentary by including rare Jay Z interviews as interludes in between each track.

OKA: So why Jay Z then? Out of all of the greats or even some of the more current guys you could have chosen, you went with Jigga...

P: Well, because he is one of the few hip-hop artists I know that young people love and older people love or at least know about. This project is mainly a remix project. There are mash-ups of Jay Z and Miriam Makeba, Jay Z and Sipho Hotstix Mabuse, Jay Z and Fela Kuti, as well as Jay Z and Caiphus Semenya, so you can see how the old and the new work together. In this first installment the majority of it has a South African sound because I'm from South Africa myself, and as this is the first installment of the series I would like my people at home to vibe to it and grasp the concept. The African Way is an ongoing series, so later on I will put together Nas: The African Way and then Kanye West: The African Way.

OKA: Dope. Surely you've noticed many performers across the world seem particularly interested in “The African Way" of doing things — dressing, dancing and even taking styles such as Kwaito music and Pantsula, for example, and repackaging them. What are your thoughts about this, and what does this mean for Africans like yourself who live this day to day? Is it bad for us as African people or is it good that we're being recognized for our unique cultures? Is it both?

P: I don't know how I feel about it because honestly, I have mixed emotions about this topic. So I would say it's definitely a bit of both but the scale is not equal. I do see it as a compliment, and I do think it's a good thing that the world sees and recognizes the rich culture of our African continent. But on the other hand, I really think the rest of the world can never pull off anything African the way an African would.

It breaks my heart that us African people are consumers to our own culture that is packaged by the Western world and sold back to us. When someone takes your culture and sells it back to you, they look corny and fake because they are trying to be something they are not. So it woke me up, It actually made me realize that we must look so stupid and corny to American people when we try to imitate American music, fashion or art. So my whole philosophy on this topic is to take the “popular" Westernized culture (music, art, fashion, film etc.) that influences the whole world. Put an African flavor to it and package it to the rest of the world so they can see how we do things out here in Africa.

I feel other creative people from Africa should try to understand and adapt that same philosophy because when people that are NOT from Africa interpret African culture, our culture becomes misinterpreted and distorted to a point where other younger Africans and people around the world perceive that interpretation as truth.

Check Jay Z: The African Way at Papercutt's webpage, and stay tuned for the next installments to come!