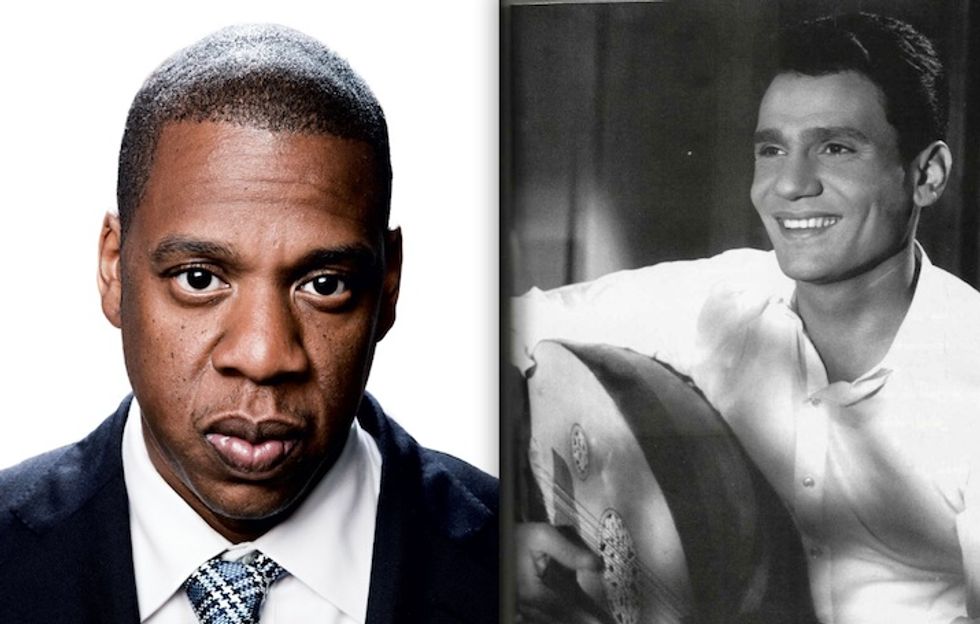 The battle over whether Jay Z's use of an Egyptian song by Abdel Halim Hafez in "Big Pimpin'" violates Egyptian moral rights heads to trial.

In 1999 Jay Z sampled Egyptian singer Abdel Halim Hafez on "Big Pimpin'," the fifth single off his fourth album, Vol. 3... Life and Times of S. Carter (2000). The track, which would go on to become one of Rolling Stones' 500 Greatest Songs Of All Time, pulls its unmistakable hook from "Khosara Khosara," a song originally written by Egyptian composer Baligh Hamdi before Hafez recorded it in 1960 to feature in the film Fata Ahlam.

At the time of recording "Big Pimpin'," Jay Z and the song's producer, Timbaland, were granted permission to use the sample by EMI Arabia, who had previously obtained the rights to "Khosara Khosara" from another Egyptian label. In 2007 though, Baligh Hamdi's heir, Osama Ahmed Fahmy, claimed EMI did not in fact have the right to sublicense the song. Thus began a long, complex legal battle, which, in addition to the matter of copyright issues, also took on a complicated cultural dimension.

Fahmy's lawsuit argues that the way in which Jay Z and Timbaland reused "Khosara Khosara" was offensive, and violated the composer's "moral rights" under Egyptian law. "They used it with a song that even by Jay Z’s own admission is very vulgar and base,” Fahmy’s lawyer, Keith Wesley, told The Guardian. “That’s really why this is so significant to my client. They not only took music without paying. They’re using it in a song that is, frankly, disgusting.”

Now, eight years after the drama with Fahmy and co-defendants Jay Z and Timbaland (as well as Paramount Pictures, Warner Music, UMG and MTV) first began, the legal battle will finally head to trial. According to Hollywood Reporter, on March 30, 2015, a federal judge in California agreed the terms of the licensing agreements present triable issues. "I think this case really has to head toward some form of resolution sooner rather than later," the judge, Christina Snyder, said in court. "I think the only answer is to march toward trial," Wesley noted. The case is indeed now slated for trial on October 13. Hear Abdel Halim Hafez's original and Jay Z's "Big Pimpin'" below.