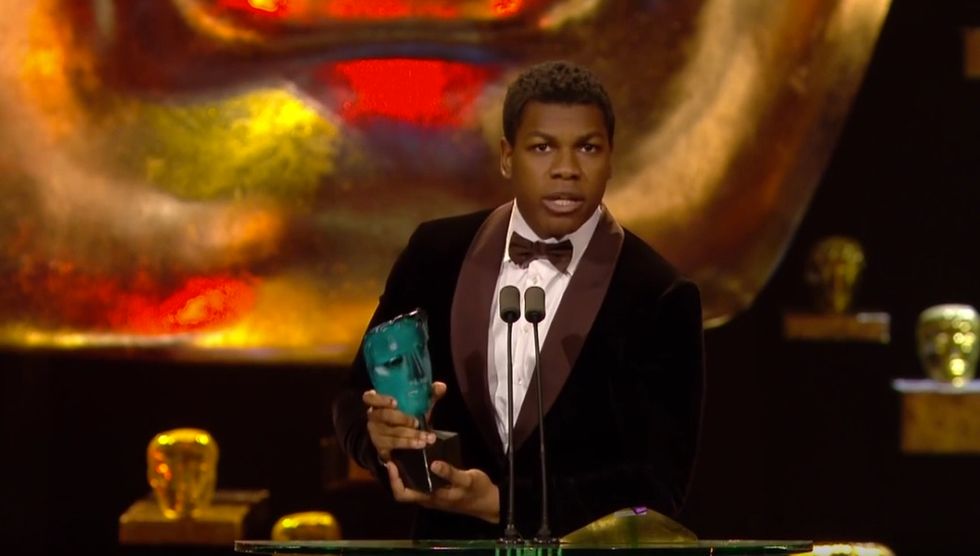 “I haven’t been doing this for a long time. It’s a fluke,” the actor began his acceptance speech. Though to be clear, Boyega is someone we’ve kept tabs on since well before his Star Wars days. In 2014, the Nigerian-Brit played the role of Ugwu in the film adaptation of Chimamanda Ngozi Adichie’s Biafra War novel, Half of a Yellow Sun. At the time of its release, the film’s director, Biyi Bandele, spoke to us about his experience working with Boyega. “Through the shoot he did this thing that no actor I’ve ever directed had done before,” Bandele told us. “Constantly he’d come up to me and he’d say, Biyi, do I need to say this line? And I’d say what do you mean? He’d say I can show it. [laughs] Go back and watch it. The things he does with his face, originally they were lines.”

Prior to that, Boyega starred in the South London sci-fi comedy (and cult favorite) Attack The Block. He also made his Sundance debut in the Los Angeles-set drama Imperial Dreams, which may ultimately see a proper theatrical release.

All this to say we’re excited to see what the future has in store for the 23-year-old from Peckham.

During his acceptance speech, Boyega also went on to share his award with all the “young dreamers who are determined, who are hard working, and who are quite frankly amazing.”

And what's next for the star? Today he begins filming Star Wars: Episode VIII. The call-time was 6am.

Ever so grateful! Thank you again to the members of the public that voted for me. Blessing to you all xxxx

Angela: yes I heard you were talking about me John: yep. I was asked who was my celebrity crush and I said you. (John went on to say many things glorifying the queen) #beauty A photo posted by @john_boyega on Feb 14, 2016 at 3:02pm PST