John Boyega Dishes on His Role In 'Star Wars: The Last Jedi' and Talks 'Detroit' Criticism 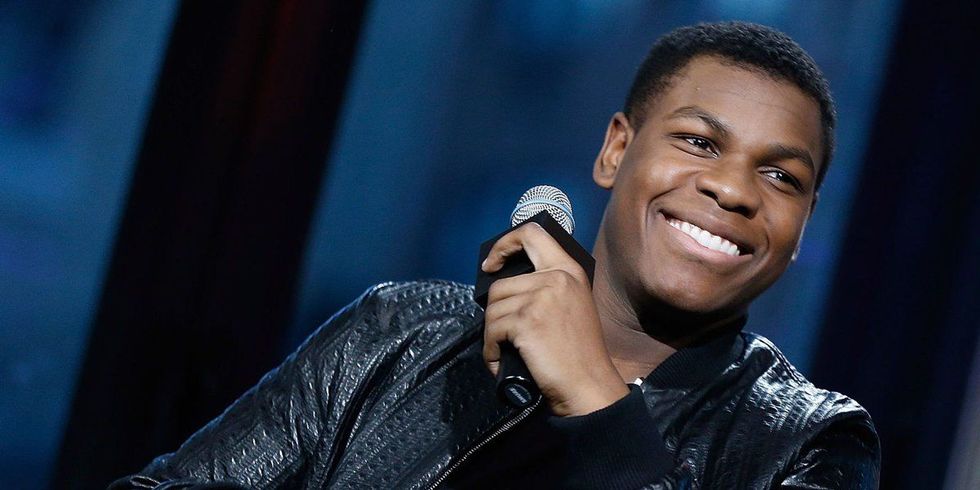 John Boyega revealed new details about his role in the upcoming 'Star Wars' chapter in a new interview with Variety.

Here's some good news for all the Star Wars lovers out there:

New details have emerged surrounding the saga's new chapter, The Last Jedi. The upcoming film will pick up where The Force Awakens left off, but things might not be as pretty as you might expect, despite the Resistance's epic win against the First Order at the end of The Force Awakens.

"The Resistance isn’t in the best condition," John Boyega told Variety. "Things are shaky," he added.

Boyega, who's reprising his role as Finn, the stormtrooper turned resistance fighter introduced in the previous chapter, says that his character might be experiencing some second thoughts about his role in the mission.

A post shared by Entertainment Weekly (@entertainmentweekly) on Aug 9, 2017 at 9:18am PDT

"He just wants to get away and not be involved," he told EW. " His intention in the first place was to go to the Outer Rim. He was always brought back, but this is his chance to get away and perhaps find Rey and go off together. He's trying to do that at first." He'll have a new companion, Rose Tico, played by Star Wars newcomer, Kelly Marie Tran, to help him face the tough decisions.

"It's now an opportunity for him to be the best he can be. He has to make a decision, and Rose is there to help him make that choice."

In #TheLastJedi, Finn befriends Rose Tico, a Resistance mechanic played by #StarWars newcomer #KellyMarieTran. 👏 He’s a hero to people like Rose, who fight for the Resistance because their homes have been destroyed by the First Order," says Tran of Finn. 😱 Click the link in our bio for more. 📷: DAVID JAMES/ILM/© 2017 LUCASFILM LTD.

A post shared by Entertainment Weekly (@entertainmentweekly) on Aug 9, 2017 at 10:37am PDT

All in all, Boyega says that Finn has experienced some growth since we last saw him on screen. "We wanted this to be the movie where his character strengthens—not just by becoming a better-drawn character—but by literally finding his strength and discovering what he believes in," the actor told Variety.

The actor can currently be seen in the Katherine Bigelow-directed historical drama, Detroit, which underperformed at the box office over the weekend, but garnered some favorable reviews from critics.

Boyega had this to say about the film's reception:

“Each to their own,” he told Buzzfeed. “Like, it's not an easy process for some. But I think it's necessary.”

"What they should know is that the intention is not to just sort of make you feel that way and for you to go home. Because think about it: There still is an element of business in this in which we want the movie to do well. We're not trying to make a movie that chases everybody away. But it has to be integral to what happened.”

He also describes how the movie played an important role in helping him find his voice and purpose.

“You find that there's a strength in your voice and in your perspective. And you just want to learn more and do more and be more than you are, obviously for the greater good. You know, because I plan to have some Nigerian babies sometime...and it would be good for them to be in a world in which, you know, things are better, because it's real.”

Despite Detorit's mixed reception, Boyega's performance in the film only affirms his undeniable range, which we also got a glimpse of in 2014's Imperial Dreams.