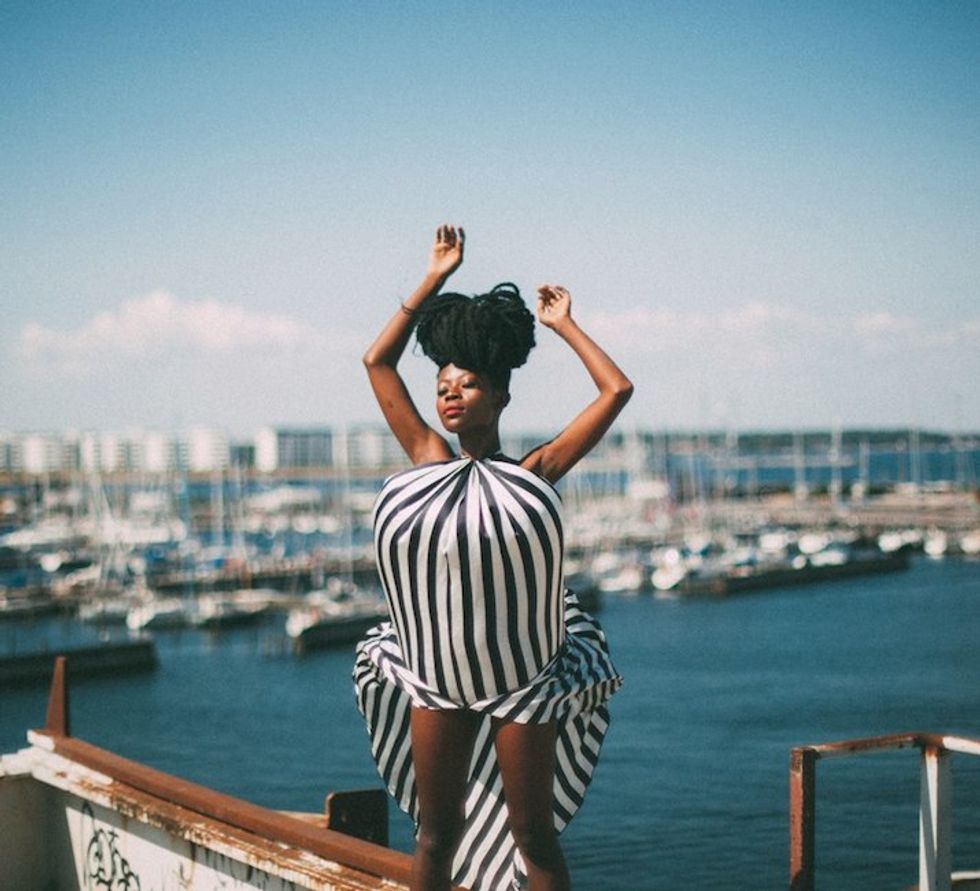 When we last spoke to Jojo Abot for our First Look Friday series, the Ghanaian afro-soul songstress was in the midst of readying her debut EP, Fyfya Woto, a conceptual project produced by Copenhagen's Jonas Rendbo which will focus on "a woman's right to choose." While we await news of an official release date, Abot has previewed two new singles off the record in the form of live videos filmed at Copenhagen's Millfactory Studios with Abot and her three-man band.

The eclectic singer cites South African reggae icon Lucky Dube as one of the musical influences that shaped the making of Fyfya Woto, and the first track "To Li" bears witness to this influence as Abot spits in Ewe and English over a midtempo reggae groove. On "Pi Lo Lo" (named for the Ghanaian children's game similar to hide and seek) Abot shows off her vocal versatility over a slow-burning electronic beat anchored by ethereal synths while exploring the risks of infidelity and the consequences that come with openly expressing a forbidden love. Watch both videos below. For more on Jojo Abot read our preview of Stocktown's Afripedia, a new 5-part documentary series on creatives in Ghana, South Africa, Kenya, Angola, and Senegal.