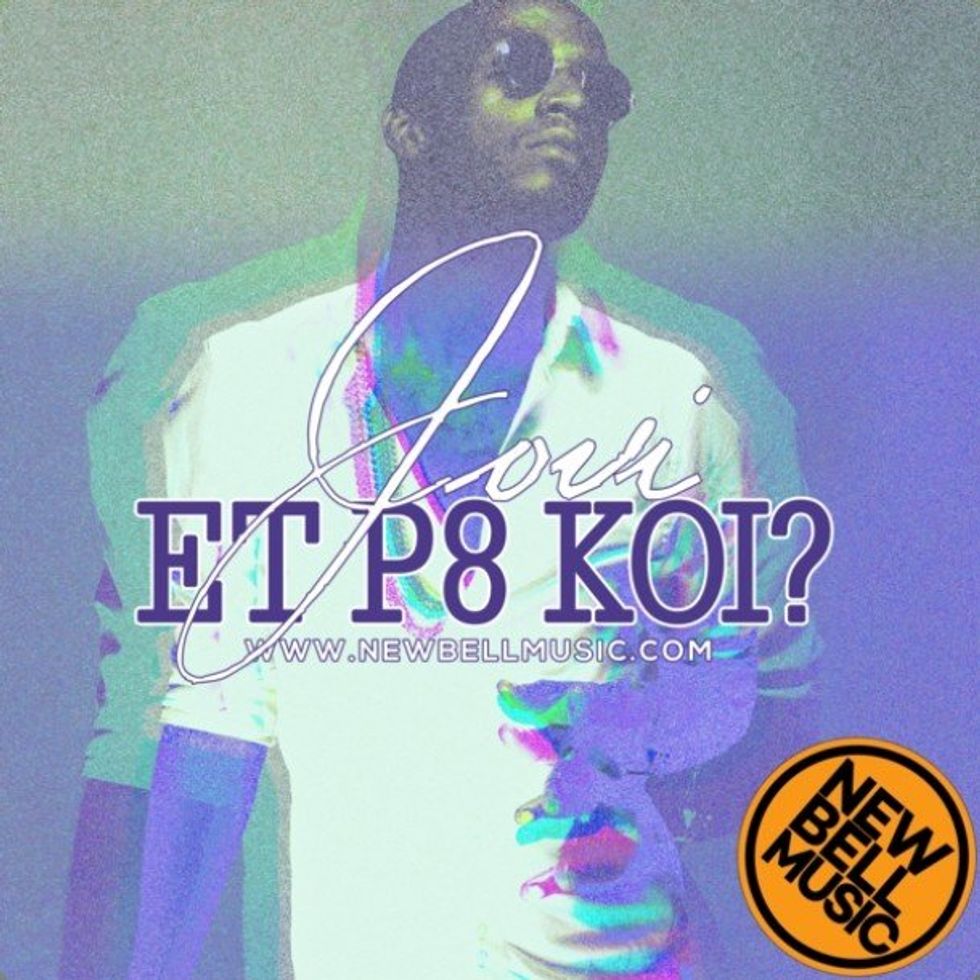 In September Cameroonian pidgin rapper and New Bell Music head honcho Jovi delivered on the dance contest video clip for "CA$H," a roller coaster blend of Bikutsi hip-hop to follow up his five-track electro-pidgin rap Kankwe Vol. 1 EP. This month Jovi and Le Monstre (his production moniker) return with a new Cameroonian trap single, "Et P8 Koi" (which roughly translates to "so what"). According to a press release, the multi-lingual song tackles themes of tribalism and stereotypes in Cameroon. We asked Jovi to shed some light on why he felt the need to address these issues and what he's trying to say about them in his new song:

"Well, my country is really facing this problem due to the fact Cameroon is a country with over 200 Ethnic groups, speaking different languages and sometimes have a different culture. You have neighboring villages that don't even understand each other because their language and culture is different. And you have two languages that we inherited from our colonial masters: English and French. So this difference in culture and language can sometimes create a lot of division and prejudice."

"My message is you don't classify people based on their origins or cultural difference, religious beliefs. People are really different. Everyone is unique in his own way, and everyone deserves a chance. This song is my way of helping to bridge the gap that exists between the Anglophones (English speaking Cameroonians) and the Francophones (French speaking Cameroonians). If they can listen to my song together that's a good start."

Listen to Jovi's new single, "Et P8 Koi," below, and look out for its video to drop soon. For more from Cameroon watch our picks for the best Cameroonian tracks and videos to come out in July/August/September in our quarterly "Cameroon By Night" series.