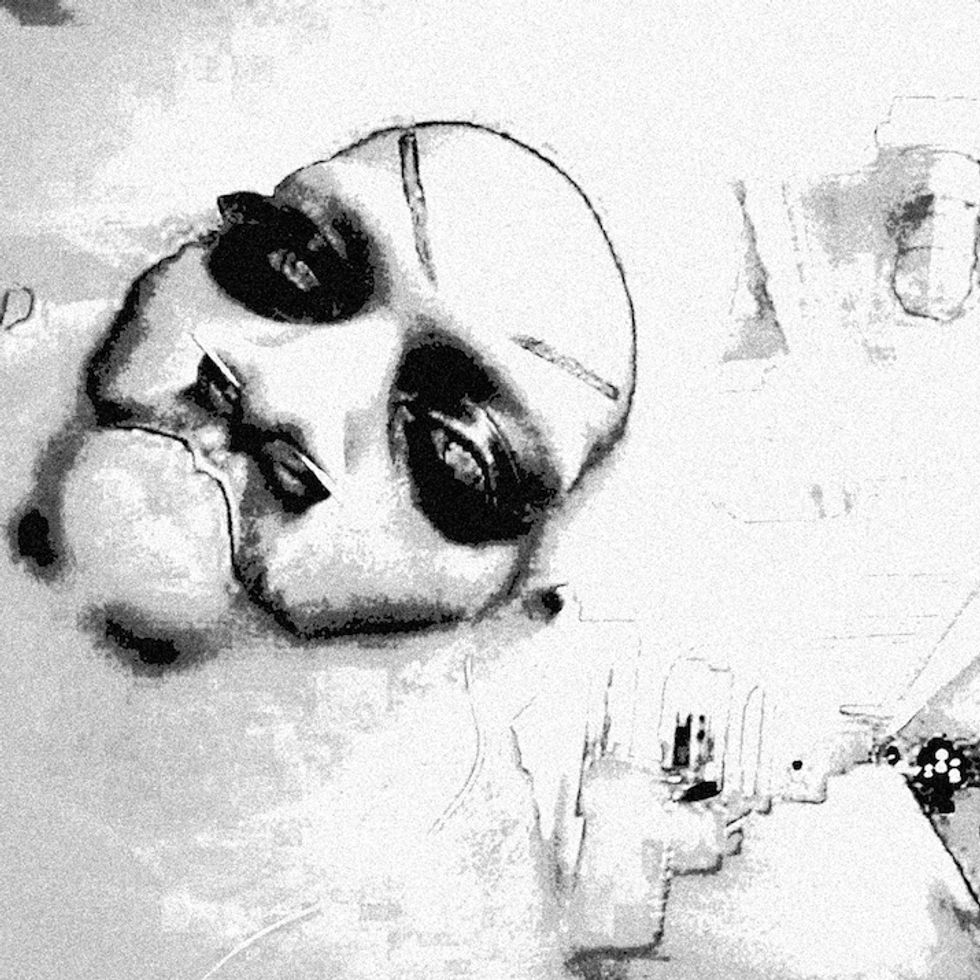 Jumping Back Slash and JOSIAHWISE IS THE SERPENTWITHFEET talk about their several collaborations and JBS recent remix of 'Four Ethers.'

UK-born, Cape Town-based producer Jumping Back Slash found a kindred spirit in the Brooklyn-based performance artist JOSIAHWISE IS THE SERPENTWITHFEET after both had collaborated with Spoek Mathambo and DJ Spoko on their Fantasma project. The two even recorded the single 'Paper Supply' together, a burner blend of South African house, bass and kwaito. Just recently Jumping Back Slash shared a new remix of JOSIAHWISE's epic soundscape piece "Four Ethers," transforming the original into a bass-heavy four-to-the-floor banger reminiscent of the now defunct deep-house clique Azari & III. We caught up with the both artists via e-mail to discuss their first encounter working together as well as their plans for the future.

Okayafrica: Jumping Back Slash, how'd you get linked with Josiah?

OKA: What did you want to do with the original song?

JBS: The original was Josiah singing against an amazing edit of 'The March To The Scaffold' by Berlioz. Both him and I are fans of classical music and I liked that particular piece a lot. So I maintained the harmony of it and flipped it into a stripped down house tune. I wanted to give those lyrics and that vocal performance a different kind of drama that can come from house music.

OKA: Do you have plans to work together going forward?

JBS: Josiah is the sole featured vocalist on what I consider to be my next LP. He really lent an incredible vibe to it all, which I can't really describe. I am also working on his debut LP, which is gonna be mad. I am also hoping to get him over here and myself over there for a kind of cultural exchange this year. So yeah, all being well we will continue.

Okayafrica: Josiahwise, how did you get so connected with South Africa's music scene?

JOSIAHWISE IS THE SERPENTWITHFEET:I became connected with the South African scene via Spoek Mathambo. I was and continue to be such a huge fan of his work.  He integrates so many narratives unicursally which is my whole mission. I Facebook messaged him back in October of 2012 asking to join forces. I sent him a YouTube link to a song called "Harvest Homicide" that I wrote and sang on with my band at the time. He liked what he heard and told me he would be down to craft some sounds with me. I was so happy he didn't brush me off but then I didn't hear anything from him for a few months so I got nervous. In February 2013 he tweeted me that he had a collab idea... and that was the song "Dark Arts" that we made with Dr. Echo & CHLLNGR. I'm very proud to be featured on two songs for this new Fantasma album. They gave me so much room to play and that is a gift. Since then I've worked a lot with Jumping Back Slash and that has been a complete dream. The first time he emailed me to potentially work together I screamed for 20 minutes while listening to his tracks. I am the progeny of soulful house and afro-house so I died several times. Jumping Back Slash is also just remarkably clever and kind so its just fun corresponding with him online. Riky Rick also recently sampled my song "Flickering" on his song "Gone" that is on his new album. So my South African experiences are snowballing.

OKA: ​What was "Four Ethers" originally about?

JWITSWF: "Four Ethers" is inspired by my own story and also by the beautifully difficult men I have been involved with romantically. I often think about how black men are encouraged to be elusive as a means to maintain some sort of leverage in relationships. We have been taught to tuck away our sadness and longing and regret and that is so lame to me. I was groomed to revel in abstraction but being esoteric sometimes is a great way to negate intimacy. Being a transparent adult is much more interesting. "Four Ethers" is the song I always wanted to write. It is also a tune that is deeply personal so I am just honored that my whining hasn't put people off entirely.

OKA: Have you thought about moving to SA?

JWITSWF: I wanted to move to South Africa in such a deep way when I was in college. I still would love to spend 2-3 months there. I keep praying the travel gods make that happen this year. Haha. I follow a lot of the young South African artists on Instagram. I'm constantly telling my New York friends that the kids in Johannesburg & Pretoria are schooling so hard. We think Brooklyn is fly... but the kids in SA don't have the ceiling we have here. I'm forever taking notes and so rocked to the core by what is happening 'cross the Atlantic.

Listen to the remix above and be sure to check out Jumping Back Slash's brilliant mix for our Cape Town In Your Earbuds series.