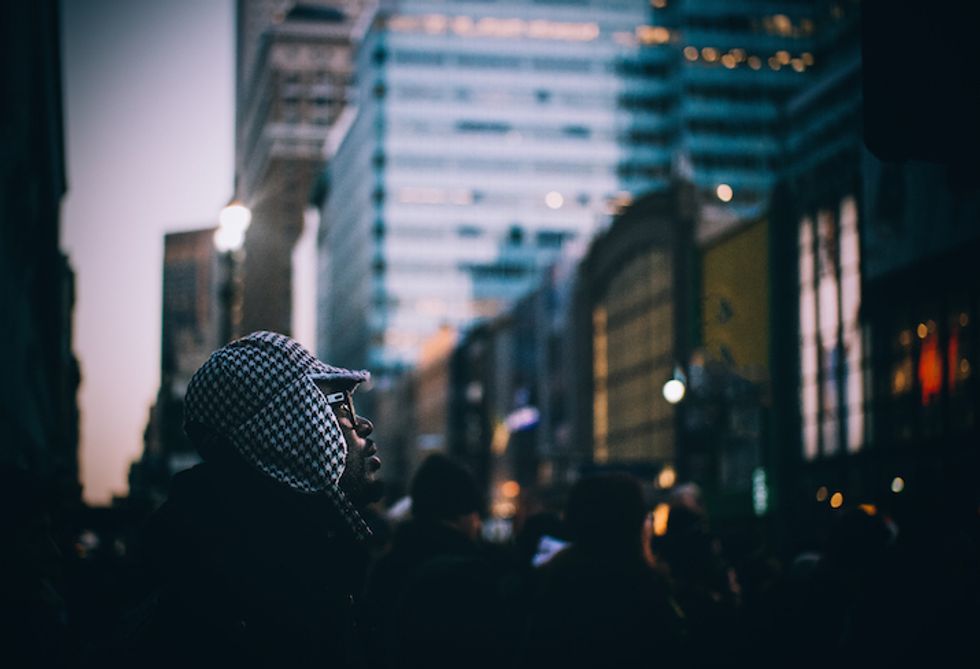 Kenyan electronic pop outfit Just A Band made their way to New York City earlier this winter to for a packed-out globalFEST showcase at Webster Hall. Ahead of their flight over, we asked group members Blinky Bill Selanga, Dan Muli, Mbithi Masya, Sedar, Joe Were and Richard Wandati to document their travels and time in the city for Okayafrica.

"New York City and globalFEST was a dope experience," the band writes in an e-mail, "It was ridiculously cold but we felt the love in spite of the cold weather. It wasn't our first time performing in New York. The Big Apple always embraces us and we're grateful for it. The audience at globalFEST was super. They jumped right in, sang along and danced with us. It was a very memorable experience."

The band sent over pictures and a self-shot, self-edited video of their trip here. The handheld clip kicks off with Just A Band in Dubai, then follows the group on their flight and as they land in a frozen New York City, where they trek from Harlem's 125th Street to the studio with Comissioner Gordon and their soundcheck at Webster Hall. Watch Just A Band's journey to New York City video below and scroll through pictures from their trip above. Just A Band's third studio album Sorry For The Delay is available on iTunes.