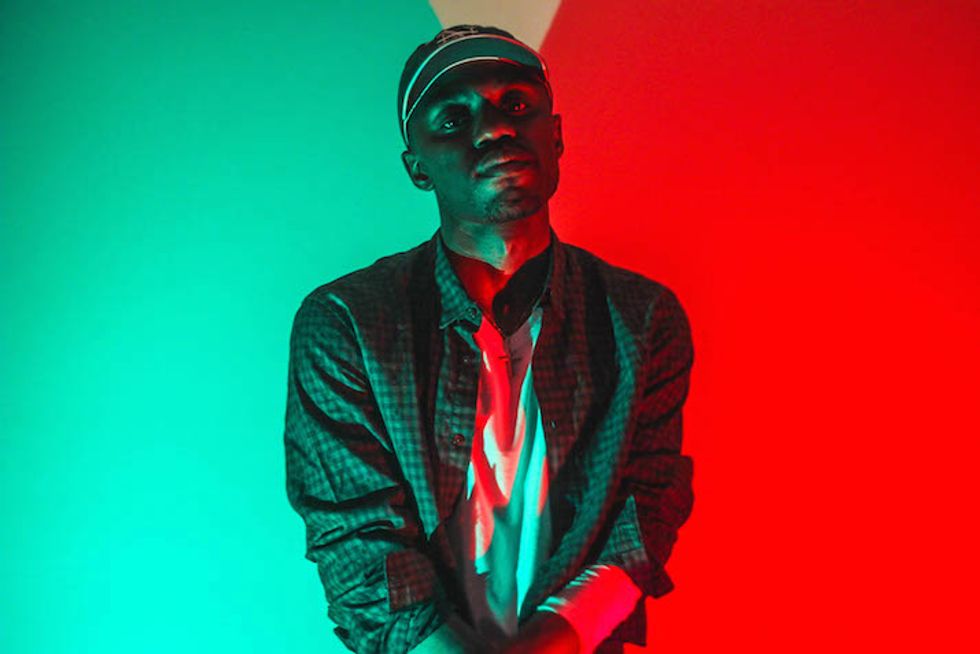 New York-based Nigerian rapper Kahli Abdu shares the video for “FESTIVAL,” the lead single off his upcoming debut album 'Born Was A King.'

New York-based Nigerian MC Kahli Abdu channels rhythms from his youth in “FESTIVAL,” the lead single off his upcoming debut album Born Was A King.

The music video for “FESTIVAL,” which happens to be Kahli’s directorial debut, follows the rapper and a large crew of friends to some spirited celebrations in the middle of the woods as they get down to the afro-electro track’s infectious step. The beat, co-produced by Kahli and Kid Konnect, takes center stage with its primo blend of high-speed guitar lines, dub breaks, and afrobeat-inspired rhythms.

"FESTIVAL is inspired by a dance from my childhood called 'Change Your Style,'” Kahli tells Okayafrica. “[It] carries influences from old Hausa music, in particular the music of the late Dan Maraya from Jos.”

“I drew inspiration for the visual from an old kiddies television show called Tales by Moonlight that I watched as a child. The colors and lights are a reference to the popular Nigerian disco halls and the fire characterizes the passion that I felt when making the song," Kahli adds.

Watch the music video for “FESTIVAL” below.