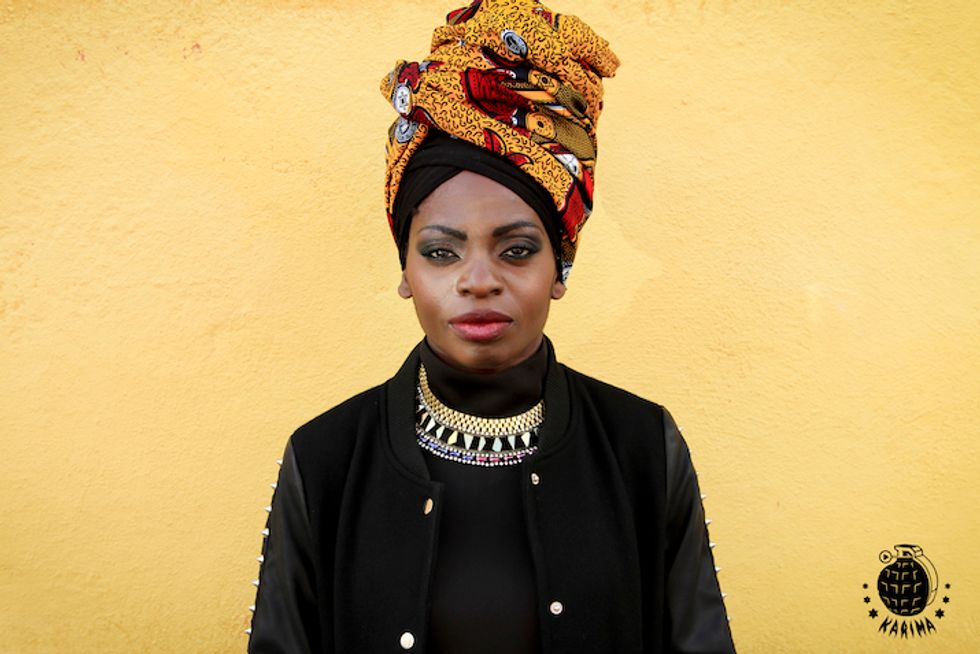 Her debut album 2G, which stands for "Second Generation," takes its name from the popular catchphrase used in the public discourse surrounding Italy's exclusionary immigration policy, otherwise known as jus sanguinis. The album can best be described as a no-holds-barred indictment of Italian racism as well as a call for Africans on the continent and throughout the diaspora to remain connected to their roots. Following in the vein of her satirical take on Berlusconi's sex party scandal, 2G's centerpiece track "Orangutan" is a synth-driven 8-bit tune which makes direct reference to Italian politician Roberto Calderoli's churlishly racist comparison of Italy’s first black minister Cécile Kyenge to an orangutan. Clocking in at just under 25 minutes, the ten-track LP also peppers vocal samples from Fela Kuti, The Last Poets and Quentin Tarantino's Django Unchained.

Karima's fiery brand of social and political commentary delivered in Pidgin English is backed by beats that draw from a complex patchwork of musical elements, including electronica, reggae, hip-hop, bass, grime and afrobeat. This has led to the inevitable comparison between her and fellow artist/activist with a staunch anti-oppression stance, M.I.A.. It's comparison that Karima does not shy away from addressing in an interview with Vogue Italia:

"In my opinion, M.I.A is a great artist, she has been one of my sources of inspiration. It’s an honor for me to be compared to such a giant. Unlike Italy, there are many female producers and beatmakers abroad who have certainly served as inspiration during my artistic path. It is obviously natural to take inspiration from other artists, but I really care about my identity, and I try to do my best to express my uniqueness."

Karima's debut album 2G is out now via Soupu Music. Stream it in its entirety and watch the videos for "Bunga Bunga" and "Orangutan" below.