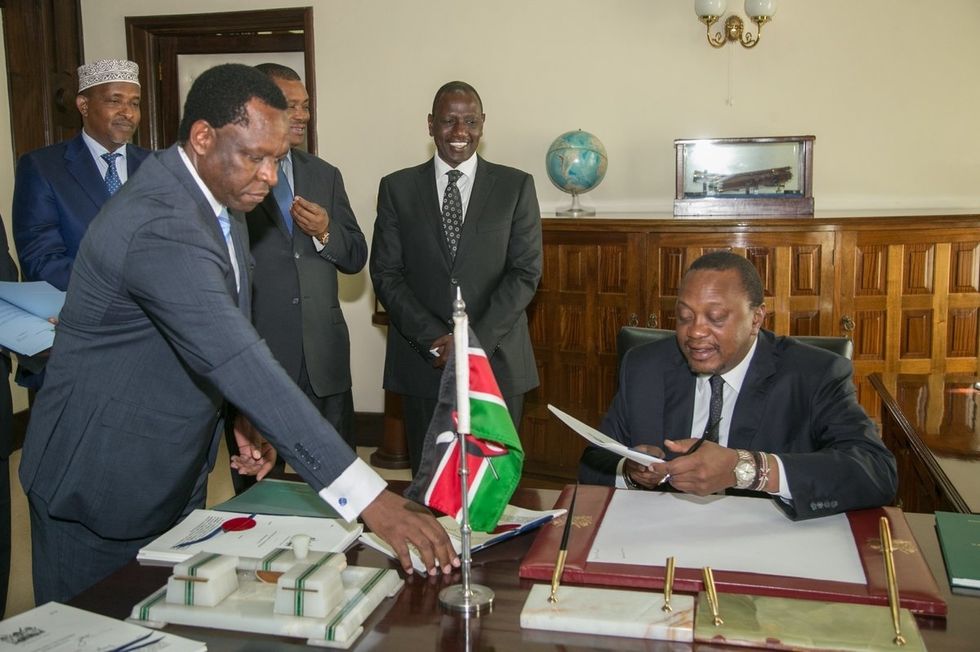 This new law seeks to punish the spread of "false information," but critics and press rights organizations are skeptical.

Kenya's president Uhuru Kenyatta has passed a law that will implicate those who spread "false information" with a hefty fine and jail time, BBC Africareports.

The Computer Misuse and CybercrimesLaw suggests a fine of $50,000 and/or up to two years in prison. The law also criminalizes abuse on social media, cyber bullying and "unauthorized interference to a computer system," where offenders will be fined $100,000 or five years in prison if it threatens national security or results in financial loss.

BBC Africa reports Kenyatta said in a statement that the new law "would provide a legal basis to prosecute cybercrimes, including child pornography, computer fraud and identity theft."

If GoK is serious about enforcing the Cybercrimes Bill it should start from within itself. Head of Presidential Del… https://t.co/mctMekzBmB
— Nelson Havi (@Nelson Havi) 1526457720.0

The Committee to Protect Journalists (CPJ) is one of many press rights organizations saying the law would stifle press freedom. They have urged Kenyatta to send back the bill to parliament to remove the clauses they say violated freedom of expression. CPJ also said that sections of the law criminalized unauthorized access and sharing of government data which would remove protection for whistleblowers, according to BBC Africa.

Kenya's Editor's Guild claims the law "may be abused by state authorities to curtail media freedom."