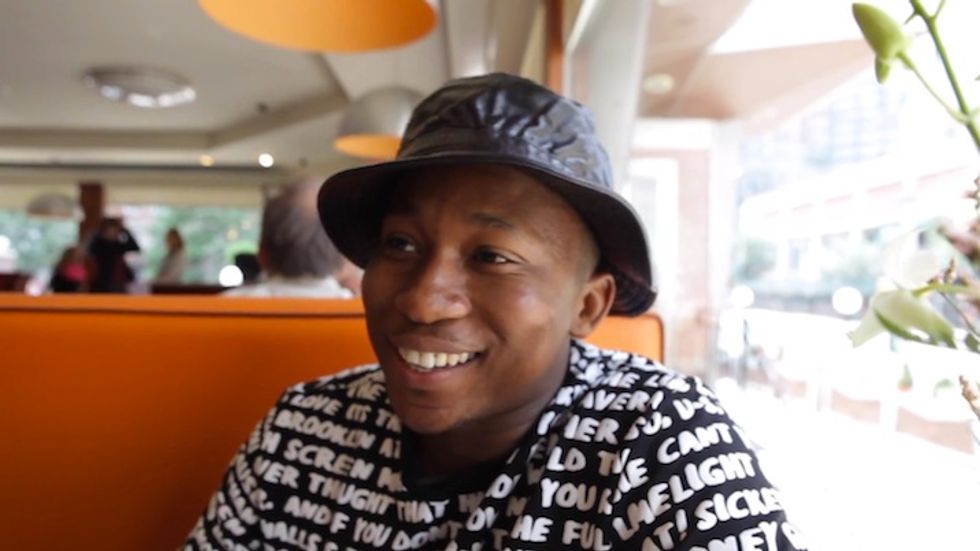 South Africa's Khuli Chana (a.k.a. Khulane Morule) is the "Originator" of Motswako, a clan of proudly Mzansi rappers that rhyme in a mixture of Setswana, English and a number of other vernaculars. The Mafikeng born and bred emcee recently set out on a trip to the US to collect his first international award (for Best Male Southern Africa) at the African Muzik Magazine Awards in Dallas. When we found out he'd be making a stop in NYC we knew we'd have to document the Maftown King's New York minute. Thankfully Okayafrica TV had the chance to spend a day out with Chana as he embarked on a cross-borough photo shoot with NY-based photographer Gugu Lethu. It was a day filled with firsts– from his first time in an American diner (where he shared his New York dreams, like meeting Jay Z), to his very first encounter with Times Square (you can't even compare it to a "Joburg on steroids," he says). The cameras were also rolling when Chana opened up for the first time about his "situation" with South African police last October. Watch this and more in a Day Out With South Africa's Khuli Chana on Okayafrica TV below.