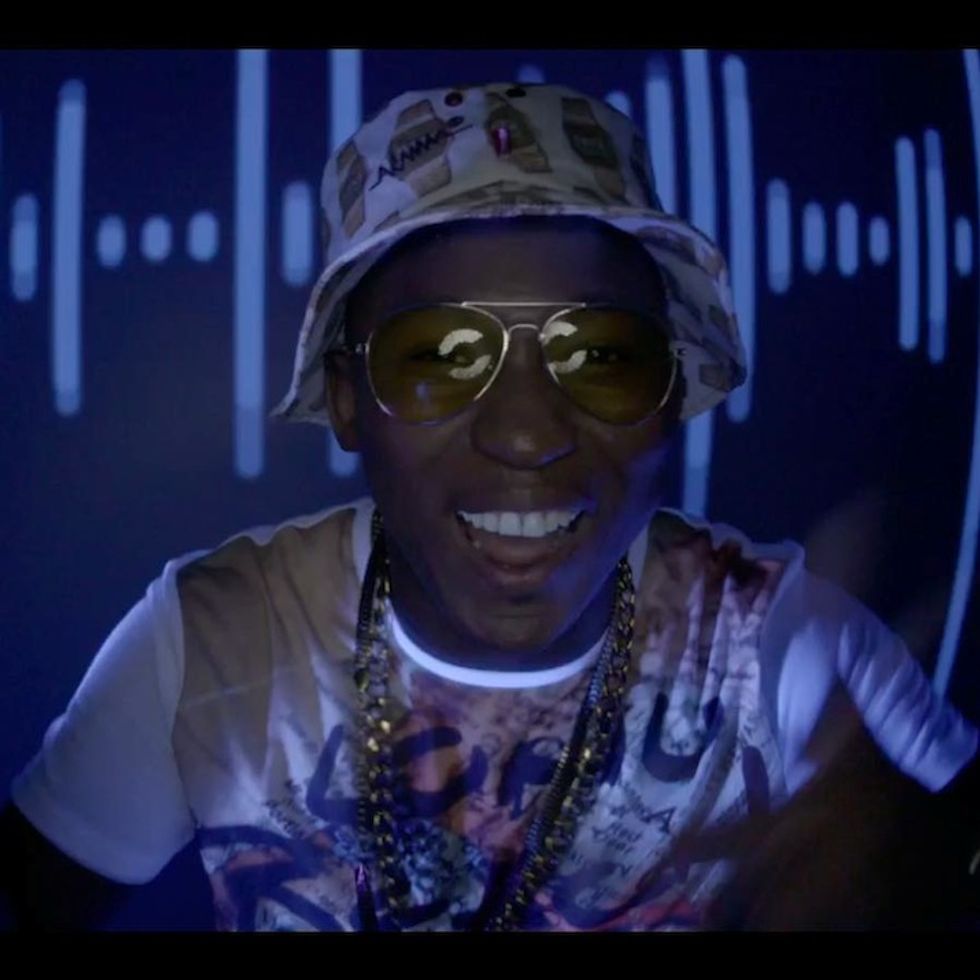 In early March, South African emcee Khuli Chana shared the nightmarish music video for "9 Shots," his song about being shot and wounded by South African police officers in a case of mistaken identity. Now, the Motswako originator has released the visuals for "Mahamba Yedwa/Mo Tsipe," the Trompie Beatmochini-produced single he dropped as a free download back in February. Directed by Cape Town filmmaker Kyle Lewis, who also did the "9 Shots" visuals and Tumi Molekane's controversial "In Defence Of My Art" video, Chana's new video plays like a neon-flashed piece of clubby hip-hop, showing the Mafikeng-born musician confidently rapping over drum zaps and whirring basslines in a fantastical, shiny dimension. Featuring lyrics that reference both Ricky Martin's famous "Livin' La Vida Loca" and Tina Turner's "What's Love Got To Do With It," as well as close-up shots of Chana charmingly spitting his own simultaneously self-aware and welcoming words, the "Mahamba Yedwa/Mo Tsipe" music video is quite simply an entertaining watch. Check out Khuli Chana's "Mahamba Yedwa/Mo Tsipe" music video below and revisit his Day Out In NYC with Okayafrica TV underneath.