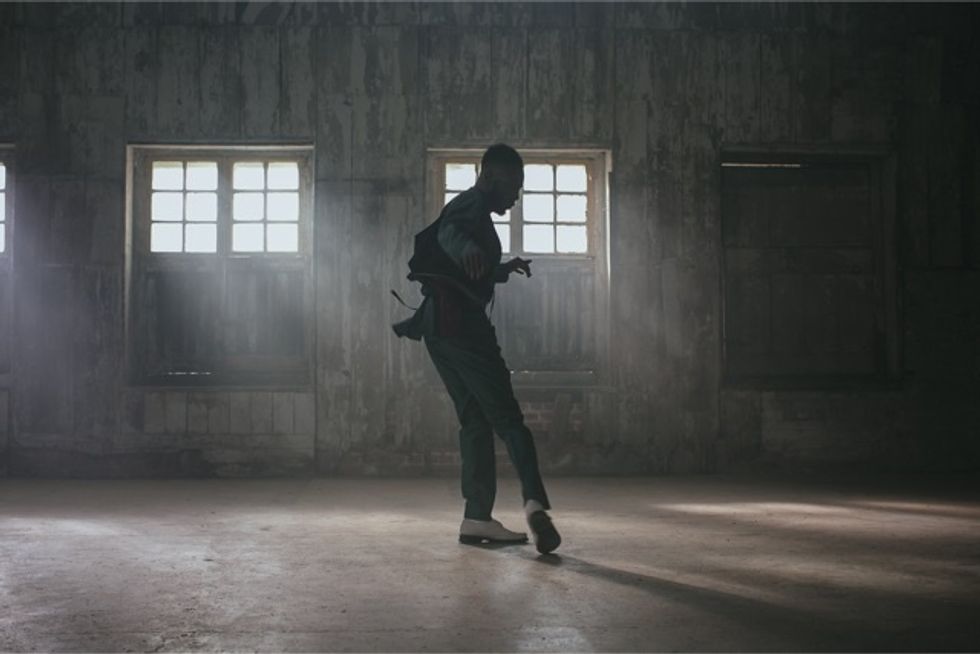 Kojey Radical in "Can't Go Back."

Funk & soul-influences are paired with beautiful dance moves in this new video from the British-Ghanaian artist.

Kojey Radicalis readying the release of his third project, which will look to explore themes of depression, god, family, self-worth, creativity, and love, according to his team.

The British-Ghanaian artist is now sharing the striking new music video for the album's lead single "Can't Go Back," a song we included in our favorite Ghanaian tracks the month.

The new music video for "Can't Go Back," directed by Kojey Radical and longtime creative partner Charlie Di Placido, pairs the song's funk and soul-influences with alluring dances performed in an empty warehouse. The track and video are both seemingly uplifting but also have a darker undertone as they address the artist's struggles with depression.

"This video feels like a return to form for me," Kojey Radical mentions. "When I went through the darkest parts of my depression I used dance as a sort of healing therapy I wanted to reflect the joy of losing your self in a moment and letting everything go. It's taking things all the way back to the basics to begin again and free yourself from past trauma."

Watch the new music video for "Can't Go Back" below and stick around for a snippet of new track "20/20" near the end.